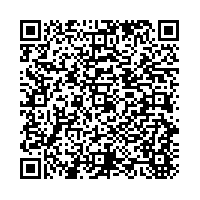 ● AGM follows recommendation to not pay a dividend
● Board of Managing Directors and Supervisory Board discharged, two new members of the Supervisory Board elected
● Anticipatory resolutions on share buybacks decided

At today’s regular Annual General Meeting of Commerzbank AG which was held virtually, shareholders voted as follows on the key items on the agenda:

Resolution on the use of distributable profits (item 2)
The Annual General Meeting voted, as proposed by the Board of Managing Directors and the Supervisory Board of Commerzbank, that the distributable profits of approximately €188 million for the financial year 2019 as reported in the annual financial statements, be allocated in full to the other profit reserves. By this, Commerzbank follows a recommendation by the European Central Bank to not pay a dividend for the year 2019. The resolution was passed with a majority of 99.69%.

Discharge (items 3 and 4)
The members of the Board of Managing Directors and Supervisory Board were discharged with a majority of 89.8% and 89.42% respectively.

Compensation of the members of the Board of Managing Directors (item 7)
Shareholders approved the system of compensation for the Board of Managing Directors adjusted in March 2020 with a majority of 76.45%. The system takes into account the current regulatory requirements, the German Remuneration Ordinance for Institutions under Supervisory Law, and the recommendations of the German Corporate Governance Code.

Anticipatory resolutions on share buybacks (items 9 and 10)
The Annual General Meeting approved the anticipatory resolutions on share buybacks. The Bank now has the opportunity to acquire treasury shares in a volume of up to 10 per cent of the value of the share capital by May 2025. The Bank will also be able to use derivatives for this purpose. Both can be used to optimise the Bank’s capital structure.

Amendment of the articles of association (item 11)
The shareholders had to decide whether the Bank can apply a shortened notice period for a restructuring general meeting in the hypothetical case of a significant deterioration of the financial situation under very specific conditions which is a recommendation of the Banking Supervision. In this case, the new proposal allows a shortened invitation period of 14 days. Commerzbank had already submitted a corresponding proposal to amend its articles of association to the 2017 Annual General Meeting which slightly missed the necessary majority of two thirds of the votes cast. Taking into account the feedback received from the shareholders, the current proposal from the Board of Managing Directors and the Supervisory Board provided for an invitation period of 14 days, which does not make full use of the statutory parameter of ten days. This resolution was passed by the Annual General Meeting with a majority of 98.96%.

The precise voting results on the individual items on the agenda can be found at w w w. commerzbank. com/agm

Commerzbank is a leading international commercial bank with branches and offices in nearly 50 countries. The Bank's two business segments - Private and Small-Business Customers and Corporate Clients - offer a comprehensive portfolio of financial services precisely tailored to their customers' needs. Commerzbank transacts approximately 30% of Germany's foreign trade and is the market leader in German corporate banking. The Bank offers its sector expertise to its corporate clients in Germany and abroad and is a leading provider of capital market products. Its subsidiaries, Comdirect in Germany and mBank in Poland, are two innovative online banks. With approximately 800 branches going forward, Commerzbank has one of the densest branch networks in Germany. The Bank serves more than 11 million private and small-business customers nationwide and over 70,000 corporate clients, multinationals, financial service providers, and institutional clients worldwide. Its Polish subsidiary mBank S.A. has around 5.6 million private and corporate customers, predominantly in Poland, but also in the Czech Republic and Slovakia. In 2019, Commerzbank generated gross revenues of €8.6 billion with approximately 48,500 employees.