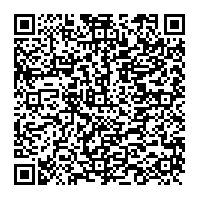 News abonnieren
(lifePR) ( Frankfurt am Main, 29.11.13 )
This morning's action by S&P to cut the Netherland's long-term sovereign rating from AAA to AA+ leaves only three members of the euro zone with a top rating from all three agencies (Germany, Luxembourg and Finland). S&P cited deteriorating growth prospects as the key driver in taking the sovereign from the rating mantle. Following the market's muted reaction to France's recent downgrade and indeed to today's Dutch downgrade, the question is, does losing a triple-A rating really matter at all?

In deciding to downgrade the sovereign, the agency stated that "growth prospects are now weaker than we (S&P) had previously anticipated, and the real GDP per capita trend growth rate is lower than that of peers at similarly high levels of economic development." With this in mind, the agency also noted that weaker growth prospects "will make it more challenging for the government to achieve its fiscal targets, [and] we believe that the policy consensus in favour of containing public debt and deficits will be maintained." It was for this reason that S&P has assigned a 'stable' outlook to the new rating, suggesting no further action is likely on the sovereign in the medium term.

Almost certainly at the core of S&P's decision to downgrade the credit lies soft consumer demand, which has limited the capacity of the economy to achieve levels of growth reached pre-2008. In its communication, the agency stated that "consumer spending has been dampened by high household debt levels and falling house prices. Household indebtedness was 110% of GDP at June 30, 2013 and "house prices have fallen by 20% from their peak, and we expect a further small decline in 2014." With unemployment rising and consumption already depressed, the reality facing the sovereign is that spending will most likely remain low and tax receipts weaker than anticipated in original budget planning and statements.

Based on Dutch National Bank (DNB) statistics, some 16% of all Dutch households have mortgage debt higher than the value of their property. Negative equity was a key constraint in the significant slump in consumer spending witnessed in the United States, and given the high percentage of private household ownership in the Netherlands, house price growth and positive equity effects are important drivers of household spending. The DNB data also reveal that households held 280% of GDP financial assets at June 30, 2013, though "nearly two-thirds of this is invested in at least partly restricted pension plans" thus further hampering spending and growth.

In support of the new rating and stable outlook, the agency noted that the country's high GDP per capita levels and strong external balance sheet (net external assets are estimated by S&P at 50% of GDP) have served to support constant current account surpluses. S&P have estimated these to stand at 10% of GDP in 2013-2016.

With fewer and fewer 'gold-standard' or top rated sovereigns left in the euro zone, and indeed globally, one questions the value or importance of these shifts at all. Perhaps what has simply happened is that a shift in the order of magnitude has occurred. The sovereign crisis in Europe appears to have dramatically changed the way in which the market views sovereign ratings and indeed, the way in which the market itself applies its sensitivities to those sovereigns and the ratings downgrades. The shift from triple-A has seemingly become less meaningful today than it once was. Ahead of the crisis, a downgrade from triple-A would have resulted in significant market stress. Today, the reaction is weak unless pressure falls on countries near(er) the threshold to junk, countries which are large, systemically important and unable (perhaps) to fund themselves on an on-going basis. Should a country require additional funding from other euro area members in order to establish effective backstops and ensure the market will bid for sovereign debt at rates the sovereign can afford. Seemingly, these questions, and the sensitivities attached to the countries with ratings that may see them junked and thus off the table for many investors has become a far more pertinent point than the loss of triple-A. Spain has already proven this point. Italy may be the next to reiterate it.

This document is aimed solely at the media and is for information purposes only. It must not be forwarded to retail investors under any circumstances. The opinions expressed here are the views of the author and do not constitute investment advice. This is not a recommendation to purchase, sell or subscribe to financial instruments, an offer to sell investment funds or an offer of financial services.