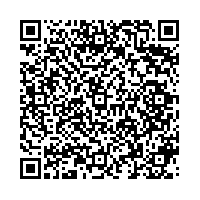 CRO-MAGS - release music video for 'From The Grave' off their upcoming album »In The Beginning«!

News abonnieren
(lifePR) ( Donzdorf, 13.05.20 )
After nearly two decades, 2019 saw the triumphant return of the CRO-MAGS and new music with the release of two back-to-back EPs - »Don't Give In« and »From The Grave«.
CRO-MAGS finally launched the pre-orders for their highly anticipated, upcoming full-length album »In The Beginning«, which will be released worldwide on the 19th of June 2020 via Arising Empire and Mission Two Entertainment!
Today, the band released the new music video for 'From The Grave' off their upcoming album!

Watch the music video for 'From The Grave' now: https://youtu.be/FO2Xq-b29YU

“The idea for the video is that I'm rising from the grave and going on a mission...like I came back from the dead to become the Grim Reaper himself,” explains CRO-MAGS founder, bassist and vocalist Harley Flanagan on the clip. “I think anybody who knows the history of this band and of my life will get it. It starts off at Woodlawn Cemetery in the Bronx, where I will be buried with my family and in-laws. In the opening shot, the grave I'm in front of is actually my mother's.”

As CRO-MAGS toured with Motorhead in 1986, Flanagan adds, “Phil is one of my favorite guitarists of all time and I still can’t believe I have him playing on one of my songs! I am so honored. The footage of Phil was shot by his son Todd Campbell at his recording studio in Wales, UK.”

»In The Beginning« will come as DIGI and LP in four different, exclusive and limited colours, available via CoreTex, EMP and Nuclear Blast mailorder!
Pre-order »In The Beginning« now and save your copy here: https://Cro-Mags.lnk.to/InTheBeginning

The band recently delivered "a thrashing new single", as described by Consequence of Sound, with 'The Final Test'.
The track is just a taste of what’s to come from the band’s upcoming full-length album, »In The Beginning«!

“Will you be afraid or will you be at peace when you die?” asks CRO-MAGS founder, bassist and lyricist Harley Flanagan. “This song is about finding peace and facing death fearlessly, which is in my opinion, the final test.”

CRO-MAGS, rounded out with guitarists Rocky George, Gabby Abularach and drummer Garry Sullivan, hit the road last year supporting the reunited MISFITS and compiled footage for their first music video in 27 years with 'No One’s Victim'.

As the Coronavirus pandemic took hold of the world and concert dates began to shuffle, the legendary NYC outfit took action and was one of the first artists to deliver an honest, raw, in-your-face concert set with “The Quarantine Show”, filmed live in NYC on March 15, 2020.

With the state of touring constantly changing, the band is eager to get back out to their fans and are scheduled to perform in Japan this November supporting CIRCLE JERKS with other dates to come.

The history of the CRO-MAGS is integral to the history of Hardcore, it’s evolution from punk and the development of alternative music genres such as hardcore, cross-over, thrash metal, post punk and grunge to name a few. Numerous iconic bands from METALLICA to GREEN DAY, and individuals such as Dave Grohl have credited CRO-MAGS with having had a primal influence on their development.
Born out of the violence and depravity of the Lower East Side of New York in the late 70s and early 80s, the CRO-MAGS was the brain-child of a very young Harley Flanagan (at the time 14 years old) when still playing with THE STIMULATORS. By 1982/83 he wrote and recorded the very first CRO-MAGS demos consisting of  four songs that would become the blue print for the seminal 1986 »Age of Quarrel«. He wrote all of the music, played each instrument and sang. Before long he connected with Parris Mayhew and the two started writing music and auditioning band members.
After several line-ups, 5 studio albums (beyond the original demos) and 30 + years of tours around the world, CRO-MAGS remains one of the most iconic hardcore bands with arguably the greatest reach beyond the genre.

Pressemitteilung CRO-MAGS - release music video for 'From The Grave' off their upcoming album »In The Beginning«! weiterempfehlen