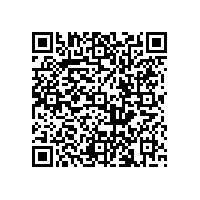 (lifePR) ( Düsseldorf, 23.06.10 )
Alno AG received strong support from its shareholders in its Ordinary General Meeting today, which was held in Düsseldorf for the first time. The shareholders attending passed all of the agenda items with a large majority. At the same time, the shareholders elected a new Supervisory Board.

The agenda items passed including authorizing the Managing Board, with the approval of the Supervisory Board, to increase the company's share capital on one or several occasions by June 22, 2015 by up to EUR 22,615,647.60 by issuing up to 8,698,326 no-par value shares against cash or non-cash contributions. The resolutions on changes to the Articles of Incorporation - some of which were based on the new laws (ARUG) - were also approved.

The group's headquarters was moved to Düsseldorf from Pfullendorf at the start of 2010, and the General Meeting has now also voted to move Alno AG's registered office to Düsseldorf according to its Articles of Incorporation.

"We would like to thank our shareholders for the trust they place in us, despite the turbulence in the past," commented CEO Jörg Deisel as part of his address.

"Our ALNO 2013 concept has put us right on track to reinforce our positioning in future as Germany's second largest kitchen manufacturer, and the fourth largest in Europe, and move us back into the profit-zone," continued Deisel.

In its inaugural meeting directly following the General Meeting, Henning Giesecke was elected as Chairman of the Supervisory Board and Rudolf Wisser was re-elected as Deputy Chairman.

This press release may include forward-looking statements, which are based on the current expectations and forecasts of Alno AG's management or its associated companies. Various known and unknown risks, uncertainties and other factors may lead to the actual results, financial position, or performance of Alno AG and its affiliated companies deviating substantially from the estimates included herein. Neither Alno AG nor its affiliated companies undertake to update any such forwardlooking statement and to adjust these to future events or developments. If the assumptions or forecasts prove to be incorrect either in full or in part, or if unforeseen risks arise, Alno AG's business growth could differ from expectations. As a result, Alno AG is not liable for any of the comments made in this press release.

Alno AG is one of Germany's leading kitchen manufacturers. It has four national production facilities and also a production facility in Dubai, and serves the German and international markets with a full range of kitchens. The Alno Group has four brands: the core brand Alno and also Wellmann (classic/modern), Impuls (minimalist) and Pino (entry-level prices). Alno AG has around 7,000 distribution partners and is active in more than 64 countries. In fiscal year 2009 around 1,900 employees recorded revenues of approx. EUR 493 million and EBIT of around EUR 1.1 million before extraordinary write-downs. Foreign sales accounted for 29.8% of revenues.