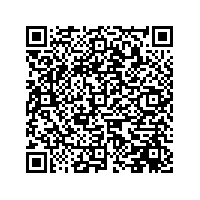 Business performance in the first nine months of fiscal 2013/14

1. BUSINESS AND GENERAL CONDITIONS
The leading economic institutes had projected a moderate increase in Europe's 2014 gross domestic product (GDP), with nearly all countries contributing to the rise. After a difficult year 2013, which saw the eurozone GDP contract, this was a positive statement, which essentially remains intact. In recent weeks, however, the economic institutes have downgraded the projected growth rates moderately, mainly due to the fact that the Russia/Ukraine crisis is putting a damper on the European economy. Some countries such as France and Italy have therefore been sliding back to stagnation or recession. This has also led to more pessimistic business expectations. Accordingly the Ifo Index for the corporate sector continued to decline over the past three months, while the Ifo Index for the retail sector even dropped sharply.

The growth forecast for Germany's 2014 GDP has been downgraded from 2.0 percent to 1.5 percent (all forecasts by Commerzbank Research June and September 2014). The economic environment in Germany nevertheless remains positive, characterised by low unemployment and high consumer confidence (GfK July 2014). Due to this and the low prior year base, sales in the German clothing retail sector had originally been expected to grow in 2014. Instead, sales in the January to August period merely remained stable (Textilwirtschaft September 2014); this includes sharp declines in June and July and a strong August.

Save for a few exceptions, stagnation has probably also been the general trend in the retail clothing sectors across the rest of Europe. This also applies to the Russian market, which is important to clothing manufacturers. Due to the current political situation, the Russian economy is weak, and the weak rouble has additionally reduced Russia's purchasing power. This is giving retailers a hard time, all the more so as they have become used to steady growth rates; moreover, rents are often agreed in euros or dollars and have therefore become much more expensive in roubles.

2. EARNINGS, FINANCIAL AND NET WORTH POSITION

Revenue growth of 8.6 percent in the third quarter
Ahlers has been able to defy this general trend in 2014. The company's strong growth of the first half-year continued in the third quarter of 2014, when sales revenues rose by 8.6 percent. On the one hand, this was due to both increased pre-sales and very positive, higherthan- expected stock sales. On the other hand, autumn/winter apparel could be delivered earlier this year, which means that sales revenues were brought forward from the fourth quarter. Nine-month sales 2013/14 climbed 7.9 percent to EUR 197.9 million (previous year: EUR 183.4 million).

Growing as dynamically as ever, Ahlers' Premium segment reported an 8.2 percent increase in sales revenues, which was almost exactly in line with the company-wide trend, and again contributed 65 percent to total Group revenues. This pleasant performance was attributable to Pierre Cardin, which posted high single-digit growth, and to Baldessarini, which achieved double-digit growth.

The strongest growth in the 2013/14 reporting period was posted by the Jeans & Workwear segment, whose revenues grew by 10.4 percent to EUR 53.0 million. Both Pionier Workwear and the Pioneer/Pionier Jeans brands contributed to this growth. As this growth exceeded the company-wide trend, the segment's relative share in total sales revenues increased from 26 to 27 percent.

Jupiter posted strong revenue growth in the third quarter of 2014, which means that the decline in the Men's & Sportswear segment's sales of the previous months was almost entirely offset in the third quarter of 2014. Total nine-month sales revenues were down by only 1.8 percent or EUR 0.3 million on the previous year. The decline was primarily attributable to the discontinuation of Gin Tonic's Retail activities in the previous year. Gin Tonic's Wholesale business with retailers picked up this year.

In spite of the closure of Gin Tonic stores in the previous year, Ahlers' own Retail revenues increased by 3.1 percent. On the one hand, this was due to the opening of further Pierre Cardin, Baldessarini and multi-brand stores. On the other hand, like-for-like sales revenues also picked up by 8.2 percent in the reporting period. The company's own Retail operations contributed 10.0 percent to total sales revenues (previous year: 10.5 percent).

Posting a 55 percent increase, the e-commerce business continued to grow dynamically from a low base. The e-stores of Baldessarini and Otto Kern are particularly successful. Constant improvements in Pionier Workwear's Internet presence have led to growing sales revenues also in this e-store.