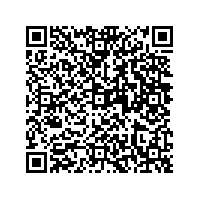 The Ahlers Group's strong growth of the first half-year continued in the third quarter of 2014, when sales revenues rose by 8.6 percent. On the one hand, this was due to both increased presales and very positive, higher-than-expected stock sales. On the other hand, winter apparel was delivered earlier this year, which means that sales revenues were brought forward from the fourth quarter. Nine-month sales 2013/14 climbed 7.9 percent to EUR 197.9 million (previous year: EUR 183.4 million).

"We are pushing ahead the development of Ahlers AG and laying the foundations to secure the sustainable growth of the company," says Dr. Stella A. Ahlers, CEO of Ahlers AG. "We continue to work on the structures and orientation of our brands. The positive trend in our sales revenues vindicates the strategy we are pursuing."

Growing as dynamically as ever, Ahlers' Premium segment reported an 8.2 percent increase in sales revenues, which was almost exactly in line with the company-wide trend. This pleasant performance was attributable to Pierre Cardin, which posted high single-digit growth, and to Baldessarini, which achieved double-digit growth. The strongest growth in the 2013/14 reporting was reported by the Jeans & Workwear segment, whose revenues grew by 10.4 percent to EUR 53.0 million. Both Workwear and the Pioneer Jeans brands contributed to this growth.

Jupiter posted strong revenue growth in the third quarter of 2014, which means that the decline in the Men's & Sportswear segment's sales of the previous months was almost entirely offset in the third quarter of 2014. Total nine-month sales revenues were down by only 1.8 percent or EUR 0.3 million on the previous year. The decline was primarily attributable to the discontinuation of Gin Tonic's Retail activities in the previous year. Gin Tonic's Wholesale business with retailers picked up this year.

Thanks to the higher sales revenues, Ahlers' EBIT before special effects also increased sharply by EUR 5.4 million or 64 percent to EUR 13.8 million. At the half-year stage of 2013/14, the Management Board of Ahlers AG had announced that the Sindelfingen branch would be closed within the next twelve months and that Gin Tonic would be integrated into the Herford headquarters following successful reorganisation. A social plan for the employees affected was negotiated and signed with the staff council in the third quarter of 2014. The related costs were already recognised in the financial statements for Q3 2014. In spite of these high extraordinary expenses, earnings before income taxes grew by a strong 35 percent to EUR 10.7 Million (previous year: EUR 7.9 million), while consolidated net income after taxes climbed 23 percent to EUR 7.5 million (previous year: EUR 6.1 million).

All figures in this press release are preliminary. The final figures will be published on October 14, 2014.