Angel without a Soul 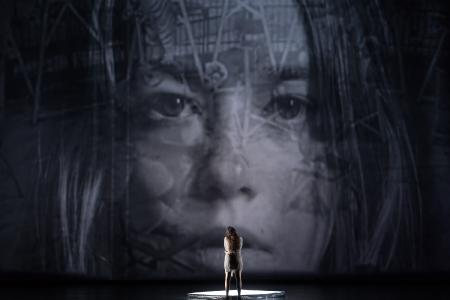 (lifePR) ( Leipzig, 12.06.18 )
On Saturday, June 16, 2018, at 7 pm, the curtain will rise on the season’s last operatic premiere. This production of Alban Berg’s Lulu – directed for the stage by Lotte de Beer – is the highlight of the Oper Leipzig’s festival weekend »325 Years of Opera in Leipzig.« Leading the Gewandhaus Orchestra is GMD Ulf Schirmer, who has conducted the opera the world over for 25 years.

In this production, Lotte de Beer explores Lulu’s past, offering the audience a human avenue to the emotional world of this child-woman. Lotte de Beer won the 2015 International Opera Award for Best Newcomer, and this year, on the day before Lulu’s premiere, will be honored by the International Society for the Performing Arts (ISPA) with the 2018 ISPA Distinguished Artist Award for her outstanding artistic contributions as an operatic stage director. Originally from Holland, de Beer has already directed Die arabische Prinzessin (2011) and The Cunning Little Vixen (2012) on the Oper Leipzig’s main stage, as well as Clara S (2007) in the Kellertheater. Alex Brok (set design) and Jorine van Beek (costume design), two of de Beer’s artistic partners, round out Lulu’s artistic team. One of the production’s central artistic elements are the film sequences created by the theater-video artists Momme Hinrichs and Torge Møller from FettFilm; Berg himself wrote a silent film into the opera’s plotline.

Appearing in the title role is soprano Rebecca Nelsen, celebrating her role and house debut. Born and raised in Texas, Nelson is a member of the ensemble at the Vienna Volksoper, and has already sung all of the major roles in her Fach. She most recently appeared as Marilyn Monroe in an opera by Gavin Bryars, thrilling audiences and critics alike. She has been preparing for the role of Lulu, one of opera’s most dramatically challenging roles, since January. Also making his role debut is British baritone Simon Neal, who appears as Dr. Schön. Wallis Giunta, Patrick Vogel, and Jonathan Michie – all Oper Leipzig ensemble members – will also debut new roles.

The story of the rise and fall of Lulu (the original Lolita), based on the tragedies Der Erdgeist (Earth Spirit) and Die Büchse der Pandora (Pandora’s Box) is at once a parable about the battle of the sexes and a swan song to civil society. Lula treats the men around her as playthings, moving from one obsession to the next, until finally, at her lowest point, she is murdered in cold blood by a man. At the same time, the work – left incomplete at the time of Berg's death in 1935 – is a grand operatic spectacle, replete with 28 roles and a featuring a musical complexity that encompasses the sonata form, the gavotte, ragtime, jazz, and twelve-tone technique. The three-act version that will appear in Leipzig was completed by Berg's Austrian compatriot Friedrich Cerha and was premiered in Paris in 1979 under Pierre Boulez. Pressemitteilung Angel without a Soul weiterempfehlen