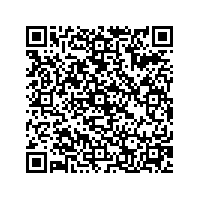 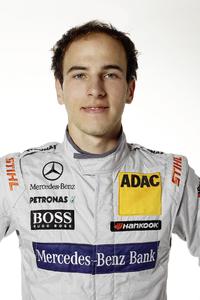 In addition to the motorsport stars, a former Miss Ireland and Miss World will also be at the starting line, i.e. Rosanna Davison. She is the daughter of the singer and songwriter Chris de Burgh who dedicated the "For Rosanna" title to her in 1984 after she had been born. She was the cover girl in the October 2012 issue of the German Playboy.

As befits the great special show entitled "World Sports Car Championship 1953-1992" in which it will be possible to see 14 successful racers from this legendary motorsport epoch, Hans Herrmann and Jochen Mass will come to Essen.

Hans Herrmann, 84 years' old today, competed in the World Championship from 1953 to 1970 in works cars from Mercedes, Borgward, Abarth and Porsche. His greatest success was the victory in the 24-Hour Race in Le Mans in 1970. At the same time, it was the first of Porsche's 16 overall victories until now in probably the most famous sports car race in the world.

Jochen Mass, 66 years' old today, participated in the World Sports Car Championship in Alfa, Porsche and Mercedes from the 1970s to 1991 and won no fewer than 32 races. He is also amongst the Le Mans victors (in a Mercedes in 1989). In the special show, Herrmann and Mass will find several cars in which they competed during their active careers.

On the subject of sports cars, the Austrian Alexander Wurz will also come to Essen. The 38-year-old Toyota works driver won no fewer than three races out of six starts in the World Sports Car Championship which was revived this year after a 20-year break. Previously, he had made a name for himself, amongst other competitions, in Formula 1. Moreover, he has already won in Le Mans (in a Porsche in 1996 and in a Peugeot in 2009).

The "DTM contingent" will be headed by the current champion Bruno Spengler. The 29-year-old Franco-Canadian who moved to the "newcomer" BMW at the beginning of the season secured the title (so to speak, on the home straight) in the very last race in Hockenheim when he won with a 2.2-second lead over his adversary Gary Paffett (Mercedes).

The Swiss woman Rahel Frey (26 years' old) caused a sensation in this year's DTM in her Audi, above all in the race in Valencia when she finished seventh after tough battles. She is the only woman who has been able to come out on top in a race for the German Formula 3 Cup (on the Nürburgring in 2009).

In his Mercedes, Christian Vietoris (23 years' old) drove into the points four times in this year's DTM (best finish in fourth position in the first race in Hockenheim). Active in automobile sport since 2005, his successes have included second place in the overall classification in the Formula 3 Euroseries in 2009.

Hermann Tomczyk from Rosenheim is probably the most powerful man in German motorsport. The 61-year-old is the ADAC Sport President and the Vice-President of the International Automobile Federation (FIA). Until April 2008, he was also the President of the German Motorsport Federation (DMSB). As the ADAC Sport President, Hermann Tomczyk has been managing the fortunes of ADAC motorsport since 1997.

As the Motorsport Director, Jens Marquardt (45 years' old) has been responsible for all of BMW's racing projects since July 1, 2011. After studying aerospace engineering, he already turned to automobile construction at the beginning of his working life. Before moving to BMW, he had worked in various positions at Toyota Motorsport in Cologne for ten years, amongst others in the Formula 1 field.

Just like the ADAC Sport President Hermann Tomczyk, Marquardt will be one of the speakers at the first Motorsport Summit. The motorsport congress which will also take place on the Trade Visitor and Press Day (November 30) will offer decision takers from the motorsport sector the possibility of the exchange of knowledge and networking.