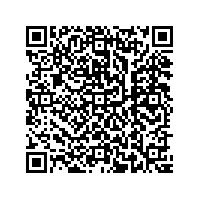 80% of the Music Labels Are Also Marketing Via Streaming Services

(lifePR) ( Traunstein, 21.01.13 )
Spotify, Simfy, Napster and Co. are on the rise. More and more customers of Feiyr, an online music distributor, are using streaming services to release their tracks - even if they won't earn many money with it. But they are definitely practical to increase growth.

80% of the music labels, which are selling their tracks with Feiyr, are also using online streaming services, according to an internal evaluation. They make their music available for music streaming services for consideration. And these are offering their customers more than million tracks for listening. Depending on which service you have, you can listen to the music for free, or if you pay a charge, you can listen to the music unlimited and save it on your PC, Tablet-PC or Smartphone.

A current study of the market research institution INNOFACT, which is situated in Düsseldorf, confirms the observations of Feiyr. In March and December of 2012, INNOFACT asked more than 1000 internet users from the age of 14 and up about the utilisation of streaming services. In March only 37% of the participants claimed to use sometimes streaming services, in December, already 42%. Especially the number of users of Spotify shoot up. But only less users are willing to pay for streams: 51% of the participants in December 2012, claimed that they don't want to pay for streams in principle, that is 2% more than in March. All results of the INNOFACT study. 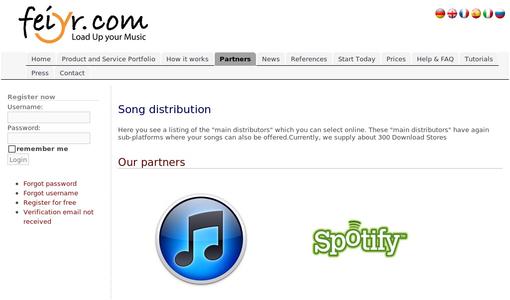 Feiyr is based in the bavarian town of Traunstein, DANCE ALL DAY MusicvertriebsGmbH, Feiyr is one of the largest music distribution companies in digital mp3 distribution and vinyl field worldwide. Currently, Feiyr sells, manages or attends to 1,459,125 tracks on 194,875 albums of 13,535 labels with 160,136 artists. The Feiyr song distribution company was founded by Armin Wirth in 1993. It employs a staff of 18.

Mythanien – The Creation of a New World