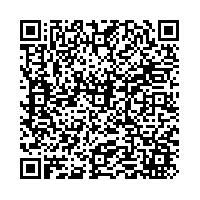 (lifePR) ( Stuttgart, 19.05.07 )
The new fiscal year 2007 has started right on track for Business Media China (ISIN DE0005250401, WKN 525 040), a specialist for media and marketing in China. During the first quarter, Business Media China AG (BMC AG) recorded consolidated revenues totaling around EUR 2.5 million – up 170% compared to the first quarter of the previous year (Q1 2006: EUR 0.9 million). At the same time, earnings in the first quarter were slightly negative, as forecast. This is mostly due to the fact that the first quarter is traditionally somewhat weaker as a result of the Chinese New Year celebrations. In addition, the BMC AG’s trade fairs also start in the second quarter of the year, after China’s main holiday season has come to a close.

BMC AG recently acquired advertising space at nine of China’s twelve most important airports, and is thus one of China’s leading providers of airport advertising space. Most recently, in May of this year, BMC AG’s subsidiary BMC Flying Dragon, secured key advertising space at Xi’An airport through to 2015. Now, BMC Flying Dragon exclusively markets the top quality, back-lit light boxes and presentation areas for automobiles at the largest airport in North-West China. Xi’An is one of China’s most frequented airports with around ten million passengers each year – including as a result of the world famous tourist attraction, the Terracotta Army, which is located nearby. In addition, the company was able to win two additional key accounts in this area in April 2007. The automotive manufacturers Honda and MG Cars will together invest CNY 5.16 million (around EUR 500,000) in long-term advertising engagements at Peking and Qingdao airports, the central airports for the 2008 Olympic Games. Both advertising customers are planning to expand this engagement significantly in future.

“CHINA BEAUTY EXPO” was held last weekend in Shanghai - one of the first of a current total of ten well-known international trade fairs hosted by BMC AG. It is regarded as being one of the world’s top beauty and cosmetics trade fairs. 2007’s event was yet again substantially larger than in previous years. 1,105 Chinese and international companies exhibited their products and services for everything to do with beauty at 2,500 stands on more than 57,500 m². This fair met with very high national and international feedback with a total of 193,000 visitors. In March 2007, BMC AG was already able to host a key event for the Chinese electronics sector with the “China SMT Forum”, in cooperation with the Fraunhofer Institute IZM. The BMC Group’s key trade fairs traditionally start in the second quarter, and thus only bring notable revenues for the trade fair business during the second half of the year. During the second half of 2007, BMC AG will hold China’s first international uranium conference and exhibition, going by the name of “CHINA URANIUM”. In addition, the company hosts Asia’s leading mining and commodities event with “CHINA MINING”. This means that BMC AG holds a majority interest in a company which, with the support of the Chinese government, exclusively occupies two of the key topics in Chinese industry: mining and uranium mining and imports to China. In addition, the world’s largest optoelectronics fair, China “International Optoelectronics Exposition”, to be held in Shenzhen in September 2007, is being awaited with bated breath. Business Media China’s management is anticipating high national and international demand for high-tech events in future.

During the first few months of the current fiscal year, Business Media China has been able to significantly reinforce its management team by adding tried and trusted professionals from the Chinese advertising market. In addition to hiring 40 top Chinese and European employees from the international advertising sector, Li Yang Yang, a graduate of China’s elite UIBE University, has replaced John Maxwell Hare in the company's Managing Board since the first quarter of the year. Li Yang Yang has held various management positions with trade fair and media companies during the past seven years. This means that the company’s operating business is now mostly run by Chinese managers in China and the administrative unit in Stuttgart. The acquisition of a 70% interest in TC Gruppe GmbH Target Communications, with its registered office in Ludwigsburg as of March 1, 2007, means that Business Media China AG is primarily pursuing two key strategic objectives: Supplementing its internal expertise and operating resources for the design and implementation of international communications projects. And also direct access to German advertising customers, in order to be able to initiate customer communication for market entry and brand maintenance for these customers at an early stage. The TC Group has recently been honored with awards including the PR Report Award 2007 for its image campaign for the 2006 Soccer World Cup “Baden-Württemberg. Deutschlands schönste Fankurve” (“Baden-Württemberg. Supporters' Paradise.”).

Business Media China believes that it is a suitable advertising partner for international groups for exterior advertising for premium products using advertising space at China’s airports and railway stations, in particular in view of the increasing travel by Chinese and international visitors as part of the 2008 Olympic games. As a result of the activities described above that the BMC has implemented during the past few months it can now provide its advertising customers with access to their target groups in China nationwide, at the majority of all key airports, and in future in China’s highest traffic railway stations. Now that the company’s start-up phase has been concluded, Business Media China AG’s Managing Board is continuing to forecast group-wide revenues of between EUR 25 – 30 million for the current fiscal year 2007, with positive earnings. Developments in the first quarter of 2007 are thus in line with forecasts, and management believes that they confirm this opinion.