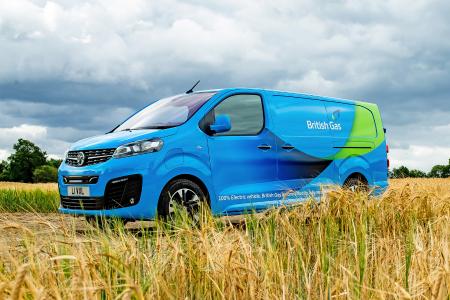 (lifePR) ( Rüsselsheim, 22.02.21 )
The Opel sister company Vauxhall announced today that it has received an order for 2,000 new all-electric Vivaro-e vans from British Gas. In addition to the 1,000 purchased last summer, the Vauxhall purchase represents the largest commercial BEV (battery electric vehicle) order in the UK to date. All 3,000 electric vehicles will be on the road by 2022.

Centrica, owner of British Gas, has committed to electrify its 12,000 strong fleet by 2025 – five years earlier than originally planned – and will be making further orders with Vauxhall for electric vehicles as soon as they are available.

Chris O’Shea, Chief Executive of Centrica, said: “We are leading from the front by not only lowering emissions for our customers and our communities, but by lowering our own emissions, and by increasing the speed at which we do this. Fully electrifying our fleet will make a big difference.

“At the same time, we are d working with motor manufacturers such as Vauxhall on services and solutions for their EV customers such as charge points, infrastructure and innovative EV tariffs with cheaper charging at night and free EV miles.”

Paul Willcox, Managing Director of Vauxhall Motors, said: “I am delighted that British Gas has added to its initial order of fully-electric Vauxhall Vivaro-e vans that now represents the largest electric vehicle order for a commercial fleet in the UK. As the oldest British vehicle Brand since 1903, I want to thank British Gas, a fellow British business, for their loyalty and trust in Vauxhall.

“The strength of the quantity of orders for our all-electric van demonstrates that the Vauxhall Vivaro-e can contribute towards the transition towards low emissions vehicles whilst improving air quality.”

Opel is one of the largest European car manufacturers and a leader in the reduction of CO2 emissions thanks to its extensive electrification offensive. The company was founded by Adam Opel in Rüsselsheim, Germany, in 1862 and started building automobiles in 1899. Opel is part of Stellantis NV, a global leader created for the new era of sustainable mobility as a result of the merger between Groupe PSA and FCA Group in January 2021. Together with its British sister brand Vauxhall, the company is represented in more than 60 countries around the globe. Opel is currently consistently implementing its electrification strategy to secure sustainable success and ensure that the future mobility demands of customers are met. By 2024, an electrified variant of each Opel model will be available. This strategy is part of the company plan PACE! with which Opel will become sustainably profitable, global and electric.