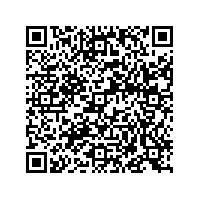 Big Anniversary and Electrification: Opel Looks Ahead to 2019 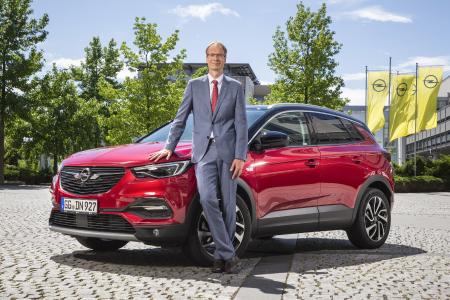 (lifePR) ( Rüsselsheim, 06.12.18 )
2019 will be special for Opel, a year that will see the German carmaker not only celebrate 120 years of automobile manufacturing, but also accelerate the electrification of its model range. The company will already open its order books for two electrified models in the first half of next year – the battery electric version of the new Corsa and the Grandland X SUV as plug-in hybrid. “Opel is going electric!” says Opel CEO Michael Lohscheller. “We made this announcement at the presentation of our PACE! strategic plan and now we are delivering.”

The new Corsa in particular will give Opel additional drive next year. The bestseller, the first generation of which made its premiere in 1982, is all-new and features an electric version for the first time. Lohscheller promises a competitive price: “The new Corsa will make electro-mobility affordable for many customers, it will be a real electric car for the people.”

The Grandland X plug-in hybrid, which Opel will produce at the German Eisenach plant as of next year, is for customers who want more space and the feeling of an SUV. The hybrid propulsion system will develop the equivalent of up to 300 hp and comes along with an e-All Wheel Drive technology.

The all-new Vivaro midsize van will also be available as a battery electric vehicle in 2020; and the next-generation of the successful Mokka sub-compact SUV, which goes into production in 2020, will also include a fully electrified version. “We are putting maximum effort into the electrification of our portfolio,” says Lohscheller.

Opel has always positioned itself as the brand that makes innovation available to everyone. This will remain a core element of the 120th anniversary of automobile production, which the German company will celebrate in 2019. The success story, which began in Rüsselsheim with the production of 65 handmade Opel “Patentmotorwagen System Lutzmann” cars in 1899 – four years after the death of company founder, Adam Opel – now comprises more than 70 million vehicles. Throughout its history Opel has remained true to its ambition of producing high-quality cars as efficiently as possible and making them affordable for as many customers as possible.

The many iconic models from Rüsselsheim developed in the last 120 years include milestones of automotive history such as the Laubfrosch, Admiral, Kadett, Rekord, Manta and the GT. Simultaneously, Opel has also brought a long list of innovations to a mainstream audience. These include the first mass-production vehicle in Germany with a self-supporting all-steel body (Opel Olympia, 1935), the introduction of the three-way catalytic converter as standard (1989), fitting all passenger cars with full size airbags (1995) or bringing the adaptive IntelliLux LED® matrix light to the compact segment (2015) with the Astra.

In order to celebrate the 120th anniversary with its customers, Opel will add a “120 Years” special edition to the model range. The variant is offered by the German Brand on several models and pre-selling has just started in most markets. The “120 Year” versions will offer a variety of innovative technologies and design and comfort features as standard equipment, at especially attractive prices. Opel with New Line-up for Important Sales and Marketing Positions

Pressemitteilung Big Anniversary and Electrification: Opel Looks Ahead to 2019 weiterempfehlen