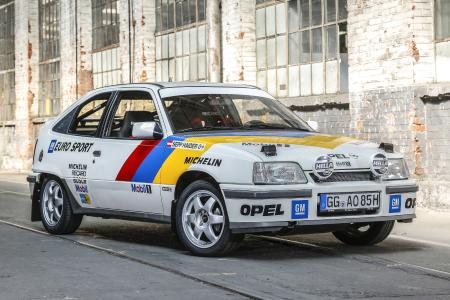 (lifePR) ( Rüsselsheim, 23.04.19 )
The Bodensee Klassik 2019 starts on May 2 at 5 p.m. with a prologue in Friedrichshafen. On Friday (leg 1, Bregenz-Reutte-Bregenz) and Saturday (leg 2, Bregenz-Ravensburg-Bregenz), 180 mint-condition classic cars will cover a total of 530 kilometers through Vorarlberg, Tirol, the Allgäu and Upper Swabia. This year the Opel rally legends are part of the field. The Ascona B 400 – the same kind of model Walter Röhrl and Christian Geistdörfer piloted when they became World Rally Champions in 1982 – is joined by classic cars such as the “Kulläng” Kadett and the Irmscher Commodore. The cockpits are manned by famous names: Opel brand ambassador and Le Mans winner Jockel Winkelhock will pilot a Kadett C GT/E, actor Florian Bartholomäi will drive a 1983 Corsa A Cup, and Opel Vice President Communications, Harald Hamprecht will be behind the wheel of the 190hp Commodore B GS/E.

Opel classic cars at the event
In addition, an Opel racing car from 1903, a long-distance touring car version of the Manta A and a 210hp Opel Insignia Grand Sport 4x4 will be exhibited in front of the Bregenz Festspielhaus. The exclusive model of the current Opel flagship is in the yellow racing colour of the rally legends from Rüsselsheim.

“The Bodensee Klassik is always a highlight for Opel – especially this year, as we are celebrating 120 years of automobile production. And in May 1899 we also laid the foundation stone for our motorsport tradition. With the Opel Patentmotorwagen ‘System Lutzmann’, the first Opel took part in a car race,” said Hamprecht.

120 years of automobile production and racing, 50 years of Opel Motorsport

In 1966 Opel presented the rally version of the Kadett. In the late 1960s and early 1970s the Kadett B was the most popular car in rallying. Opel Motorsport made its debut as a works team at the “Monte” in 1969 – 50 years ago. A Kadett B 1900 won in Group 1. In 1973, the young talent at the time, Walter Röhrl took part in the Monte Carlo Rally for the first time in an Irmscher Commodore B GS/E. Just one year later, together with his co-driver Jochen Berger, Röhrl captured the European Rally Champion title in an Ascona A. In 1975 they won their first World Championship event at the Acropolis Rally in Greece in the same car. In 1979 Jochi Kleint and Gunter Wanger became European Rally Champions. Their car was an Ascona B with 186hp, on the basis of which the Ascona 400 was developed. In 1982 Walter Röhrl won the World Championship with Christian Geistdörfer at his side in such an Opel Ascona B 400. Since 2015, Opel Motorsport has won the Junior European Rally Championship four times with the 190hp ADAM R2. This year, the ADAC Opel Rallye Junior Team is going after the fifth consecutive title victory in the FIA ERC3 Junior Championship.

The oldest Opel in the field at the Bodensee Klassik is the 1971 Kadett B 1900 Rallye, a former company car of the Swedish Opel works driver Anders Kulläng. In the 106hp "Sprint" version, the Kadett was the ideal car for amateur sport. The Commodore B GS/E from 1972 was quite different: because the top model of the Commodore line was not yet homologated at the time of the Monte Carlo Rally, Walter Röhrl and Jochen Berger competed in the special touring cars group. The 160hp Kadett C GT/E from 1978, the most successful Group 1 rally car of its time, is piloted by a true professional, touring car star and Opel brand ambassador, Jockel Winkelhock. And where professional drivers are involved, young talent must also be promoted. Already 40 years ago, Opel created the Kadett Cup for amateur drivers. Kadett C and D were followed in 1983 by the 83hp Corsa A as the ONS Opel Junior Cup car for rallies and racing. One size bigger and stronger: the Opel Kadett E GSi. Sepp Haider and co-driver Ferdi Hinterleitner won the German Rally Championship in 1989 with the Group A Kadett.

Opel is currently promoting young drivers in the ADAC Rallye Cup, which is staged with the 140hp Cup version of the ADAM. In addition to attractive prize money, the winner has the tempting prospect of securing an ADAM R2 with spare parts package for the subsequent season. Opel also offers the Cup participants on-site technical and logistical service as well as a starter package for newcomers.

For the 2021 season, Opel will develop a new R2 vehicle based on the upcoming Corsa, which will be used for both the European Championship as well as for international customer sport. The automaker looks back on a long, rich tradition and remains fully committed to motor sport in the future. 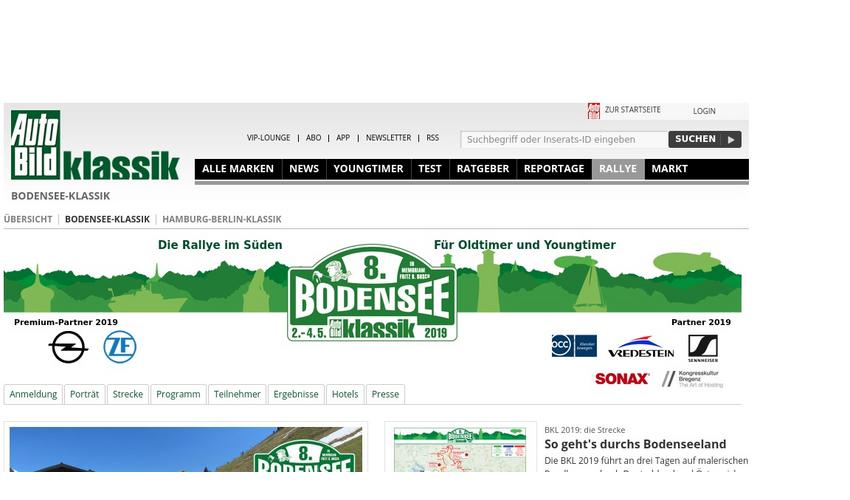