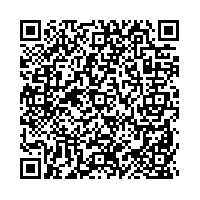 Agreement with Starbreeze for Additional Content of Payday 2 for the next 24 Months for Usd 13.4 Million


Digital Bros, through its subsidiary 505 Games, has signed a new agreement with Starbreeze for additional content of PAYDAY 2 for the next 24-month period, until March 2017, with an investment of USD 13.4 million

Digital Bros will acquire 3,872,722 ordinary shares (or 2.67% of the voting capital), of Starbreeze AB (listed on the Nasdaq Stockholm First Premier under the ticker STAR) in three phases for USD 5 million.


Digital Bros Group, a major player in the global digital entertainment market, through its subsidiary 505 Games announces today that it has finalized an agreement with Starbreeze for the additional content of PAYDAY 2. In addition, the exclusive publishing rights of the Group to PAYDAY 2 has been extended in respect of the original terms for a further 10 years until 2032.

Starbreeze AB, one of Sweden's leading independent game developers, and 505 Games have agreed to extend the original agreement for the franchise PAYDAY 2 to cover an additional 24 months starting April 1, 2015. The agreement covers the additional content of PAYDAY 2 and its expansions on PC and next-gen consoles. The total investment is USD 13.4 million divided across 24 months. The contract will be financed through the existing credit lines.

As at 31 December 2014 the PAYDAY franchise has sold over 9 million units.

In consideration of the existing long term relationship between the two companies, Digital Bros has decided to buy over the counter 3,872,722 of Starbreeze shares (listed on Nasdaq Stockholm First North Premier with the ticker STAR) for a total value of USD 5 million. The purchase will be made in 3 steps (1 April 2015, 1 July 2015 and 1 October 2015). The amount owned by the Group by the final date will be 2.67% of the company, a percentage based on the actual number of outstanding shares. The purchase will be financed through the existing credit lines.

Listed on the STAR segment of the Italian Stock Exchange, the Digital Bros Group is a global company active since 1989 in game entertainment, developing, publishing and distributing worldwide entertainment content - videogames - through the different available channels: mobile and social, digital-web, retail.

The Digital Bros Group is today active worldwide, through its offices in Italy, the United States, Great Britain, France, Spain, and Germany, with roughly 250 employees.

The Headquarters of the Group is in Milan, from where all activities are coordinated. The structure works on the 3 main markets of development, publishing and distribution, through the brands 505 Games, 505 Mobile and Halifax.

Pressemitteilung Agreement with Starbreeze for Additional Content of Payday 2 for the next 24 Months for Usd 13.4 Million weiterempfehlen