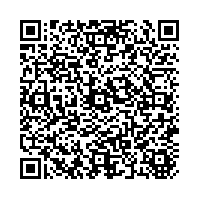 (lifePR) ( Mannheim, 18.12.09 )
The economic expectations for Central and Eastern Europe (CEE) improve considerably by 21.1 points, reaching 52.0 points in December. 60 percent of the financial experts surveyed expect an improvement of the economic situation in this region within the next six months. Consequently, the observed decline of the CEE indicator in the previous month only seems to be a onetime adjustment. The CEE indicator together with other financial market indicators is calculated monthly by the Centre for European Economic Research (ZEW), Mannheim, with support from Erste Group Bank, Vienna. It reflects the expectations for the economic development of the CEE region for the next six months.

The assessment of the current economic situation in the CEE region and in Austria brightens slightly. Both balances rise marginally by 1.0 point and 0.7 points, respectively, to minus 47.1 points and minus 23.2 points, respectively. The balance for the Eurozone makes a greater improvement by 7.9 points to minus 34.7 points.

While the development of inflation expectations for Austria and the Eurozone suggests an increase in inflation rates for the time to come, the majority of financial experts still predicts no change in the inflation rate for the CEE region.

The indicators representing the estimated development of the stock markets in the next six months improve significantly in December. In particular, the balance for the stock index in the CEE region (NTX) increases to 41.5 points. More than 56 percent of the experts expect a positive development in the next six months for the NTX, the Austrian index (ATX), and for the Eurostoxx 50.

After the decrease in the previous month, the sentiment indicator for Croatia significantly improves by 22.4 points to 35.2 points in December. Nevertheless, Croatia still exhibits the lowest value in country comparison. The assessment of the current economic situation worsens slightly. The corresponding balance decreases by 3.9 points to minus 55.0 points. The expectations for a depreciation of the Croatian currency against the Euro remain unchanged in December.

The business outlook indicator for Poland improves by 5.1 points, reaching 50.1 points. The balance reflecting the assessment of the current economic situation remains almost unchanged at 10.1 points and defends its leading position in country comparison. A clear majority of experts assigns the highest appreciation potential for the next six months to the Polish stock market and the Polish currency. The corresponding balances increase significantly and reach the highest values among the CEE countries in question.

The economic expectations for Romania rise by 16.7 points to 38.7 points in December. This remains the second lowest value compared to the results for all other analysed countries. However, more than half of the experts expect an improvement of the Romanian economy within the next six months. The evaluation of the current economic situation for Romania is the same as in the previous month. The balance of minus 76.0 points suggests a careful evaluation by the experts. A solid majority of survey participants (58.3 percent) predicts that the Romanian national bank will cut the short-term interest rates in the next six months.

Economic expectations for Slovakia increased by 29.0 points in December. This was the largest increase among all analysed CEE countries. Now the sentiment indicator for Slovakia has gained the lead position with a value of 59.0 points. More than 70 percent of survey participants expect an economic improvement within the next six months. In contrast, however, the evaluation of the current economic situation deteriorates by 10.0 points to minus 51.2 points.

Similar to the other countries, the economic expectations for the Czech Republic improve considerably in the current survey. The corresponding indicator increases by 16.0 points and continues to be one of the top-ranking values in this category with 54.4 points. The assessment of the current economic situation declines slightly by 1.4 points. The balance now reaches 34.1 points.

The analysts increasingly expect a rise in the inflation rate and in the short-term interest rates of the Czech Republic within the next six months. Both balances undergo a double-digit growth and achieve the highest values in the respective categories among the CEE countries, with 60.1 points and 34.2 points, respectively.

The share of survey participants predicting an appreciation of the Czech currency increases this month.

The business outlook for Hungary improves less in December than in the other analysed CEE countries. The sentiment indicator rises by 5.0 points to 39.6 points. The evaluation of the current economic situation in Hungary improved in comparison to most other CEE countries.

However, the corresponding indicator at minus 64.8 points shows one of the lowest values among the CEE economies.

In contrast to the other analysed countries, the great majority of the experts predict a decreasing inflation rate in Hungary within the next six months. The vast majority of survey participants (69.8 percent) continue to expect the Hungarian national bank to further decrease the reference interest rate in the coming six months.

The special question in December deals with the impact of the Treaty of Lisbon on the CEE countries. The treaty came into force on December 1, 2009. The majority of experts evaluate the changes resulting from the treaty as important, both with regard to the sovereignty and the economic and political position of the CEE countries within the EU. Most analysts regard the change in countries' voting weights (they now depend on countries' population) as the most important revision. Moreover, the enhancement of the control function of the member states' national parliaments on European Commission's proposals is also considered as important by the majority of survey participants. However, the impact of the Treaty of Lisbon on individual countries is considered more neutral.

The Financial Market Survey CEE is a survey conducted among financial market experts by the Centre for European Economic Research in Mannheim (ZEW) and the Erste Group Bank AG Vienna. The target of this survey is to develop indicators describing the economic conditions in Central and Eastern Europe (CEE) as well as in Austria. The CEE region observed in the survey consists of Bulgaria, Croatia, the Czech Republic, Hungary, Poland, Romania, Serbia, Slovakia and Slovenia.

The financial experts have to evaluate the current business situation, the medium-term prospects of the respective economies, the development of the inflation rate, the short and long-term interest rates, the exchange rates and stock prices for the next six months. The analysts' assessments reflect the qualitative direction of the estimated changes. The CEE region, the Eurozone as well as the Czech Republic, Poland, Hungary, Slovakia, Croatia, Romania and Austria are among the analysed countries.

The monthly 'Financial Market Report CEE' contains the results for every Central and Eastern European country in detail.