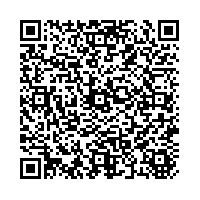 (lifePR) ( Mannheim, 17.06.10 )
The economic expectations in the CEEregion decrease by 14.8 points to 20.4 points in June. 40.9 percent of the financial market experts continue to expect an improvement of the business cycle in the CEE region within the next six months. The CEE indicator which reflects the evaluation of the economic expectations in Central and Eastern Europe on a six months time horizon is surveyed together with other financial market data monthly by the Centre for European Economic Research, Mannheim, with the support of the Erste Group Bank, Vienna.

The economic expectations for Austria decrease by 14.0 points to 19.4 points in June. The respective indicator for the Eurozone declines by 11.6 points to 20.4 points as well.

The assessment of the current economic situation in the CEEregion remains nearly unchanged at the minus 23.2 points mark. The balance which reflects the evaluation of the current business conditions in Austria increases by 4.0 points to minus 5.4 points.

The appraisal of the current economic situation in the Eurozone declines by 1.6 points to minus 38.6 points.

The respective indicator which represents the inflation expectations for the CEE region increases by 19.7 points to 38.1 points. However, 57.1 percent of the surveyed experts continue to foresee unchanging inflation rates within the next six months.

The expectations of the financial market experts concerning the development of the interest rates for the Eurozone decrease marginally to 40.0 points. Similar to the previous month, the majority of the participants, namely 55.6 percent, predict constant short term real interest rates in the Eurozone.

According to the opinions of around 40 percent of the analysts the stock indices for the CEE region (NTX), Austria (ATX) and the Eurostoxx 50 will improve within the next six months. Even though the relevant balances decline in June they remain positive at the 13.6 mark for the NTX, the 14.3 points threshold for the ATX and at 12.8 points for the Eurostoxx 50.

The economic expectations for Croatia decline by 17.5 points to 5.8 points in June. Thus, the respective indicator reaches the lowest value in country comparison. The evaluation of the current economic situation is more cautious in June compared to the assessment in May. The respective indicator decreases by 7.9 points to minus 44.2 points. The polled analysts forecast weaker growth perspectives for the stock index CROBEX compared to all the other analysed stock indices. The relevant indicator exhibits the only negative value in this category at minus 2.8 points.

The economic expectations for Poland continue their volatile development and decline by 14.0 points to 23.0 points in the current survey. In contrast to the economic expectation the evaluation of the current business conditions only worsens marginally in June by 1.4 points to 7.3 points. Thus, the indicator reflecting the assessment of the current economic situation exhibits the only positive value in this category. 56.8 percent of the surveyed experts prognosticate a rise in short term interest rates by the Polish National Bank within the next six months. The relevant indicator reaches the highest value in country comparison, namely 56.8 points. The majority of participants, specifically 61.9 percent, predict an appreciation of the Polish currency, Zloty, against the Euro within the next six months.

The indicator reflecting the economic expectations for Romania decreases by 1.5 points to 25.7 points in June. The assessment of the current economic situation drops by 15.6 points to minus 63.4 points. Thus, Romania continues to exhibit the lowest indicator in this category among all the other analysed countries. Regardless of the negative balances for the short term interest rates at minus 20.5 points and for the exchange rate between the Romanian currency and the Euro at the minus 12.8 points threshold, the majority of the financial market experts no changes in both of the categories.

The economic expectations for Slovakia decrease by 9.0 points to 29.3 points in June. The indicator which reflects the evaluation of the current business cycle in the country declines by 5.6 points to minus 12.0 points. The expectations concerning the inflation rate in Slovakia indicate higher inflation risks for the next six months. The corresponding indicator increases significantly by 16.9 points to 56.1 points. This is the second highest value in this category in country comparison.

The economic sentiment indicator for the Czech Republic decreases only slightly in June by 2.3 points to 38.1 points. The indicator defends its leading position among all the analysed CEE countries in this category. 52.4 percent of the polled experts predict an improvement of the Czech economy. The balance which depicts the assessment of the current business cycle in the Czech Republic increases by 1.9 points to minus 2.3 points. It exhibits the second best value in this category among all the analysed countries. Nearly 60 percent of the analysts predict an increasing inflation rate for the next half year. The corresponding indicator rises by 18.8 points to 57.1 points. The majority of survey participants, namely 60.0 percent, forecast an appreciation of the Czech currency against the Euro. The respective indicator increases to 40.0 points.

The economic expectations for Hungary decline by 6.7 points to 33.3 points in June. This is the second highest value among the analysed CEE economies in this category. In contrast to the positive expectations, the assessment of the current economic situation seems to be quite cautious. The corresponding indicator decreases by 15.8 points to minus 58.6 points. Unlike most of the analysed countries half of the financial market experts forecast a decreasing inflation rate in Hungary within the next six months. The relevant indicator decreases by 10.5 points to minus 30.0 points.

The special question of the June survey attends to the decisions of the EU institutions concerning the Greek financial crisis and sustaining the stability of the Eurozone. The resolution to implement stronger financial regulations and supervision wins the highest acceptance among the surveyed participants. More than half of the polled experts also approve of the billion Euro bailout package for Greece. Nearly every second financial market expert evaluates the influence of the weak Euro to be in general positive for the CEE countries. In view of the adoption of the Euro most of the polled analysts are of the opinion that the CEE countries should delay the adoption of the Euro. Nearly 20 percent even believe that keeping their own currencies is reasonable. However, nearly half of the experts disapprove the statement that the CEE countries should keep their own currencies.

The Financial Market Survey CEE is a survey carried out among financial market experts by the Centre for European Economic Research in Mannheim (ZEW) and the Erste Group Bank AG Vienna. The target of this survey is to develop indicators describing the economic conditions in Central and Eastern Europe (CEE) as well as in Austria.

The financial experts are questioned on their evaluations of the current business situation, the mediumterm prospects of the respective economies and their expectations as to the development of the inflation rate, the short- and longterm interest rates, the exchange rates and stock prices on a six month time horizon.

The analysts' assessments reflect the qualitative direction of the estimated changes.

Among the analysed economies are the CEE region, the Eurozone as well as the Czech Republic, Poland, Hungary, Slovakia, Croatia, Romania and Austria.

The monthly 'Financial Market Report CEE' contains the results for every Central and Eastern European country in detail.