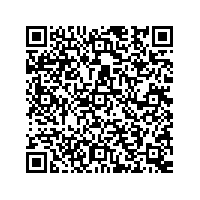 News abonnieren
(lifePR) ( Berlin, 14.06.10 )
WOMEX is proud to announce the winner of the WOMEX 10 Award for Artists: Danyèl Waro, the uncompromising maloya hero from Reunion Island.

He will perform on Sunday morning, 31 October 2010, during the Awards Ceremony accompanied by a WOMEX Networking Breakfast, both open to WOMEX delegates only. The laudation will be offered by Jaana-Maria Jukkara, Director of the Global Music Centre in Finland celebrating its 30th anniversary this year.

Philippe Conrath, whose Cobalt label has released Danyèl Waro's music for the past ten years, writes "If Danyèl Waro always wanted to remain free and to lead his career to his own rhythm - a rhythm embedded in the earth, in the good son of a farmer who knew the work of the fields from a tender age - he has nevertheless, in the course of these last fifteen years, played at the biggest European festivals."

"A part of his professional history begins elsewhere in Berlin, at the Tempodrom in 1996, in the framework of the Heimatklänge festival whose artistic director had discovered him at the festival Africolor in Paris in December 1995. It's in Berlin where he records a live album 'Foutan Fonnkér', which becomes a revelation in France, a CD which will go on to sell 15,000 copies in La Réunion (amongst a population at the time of 750,000 inhabitants!)."

"The journey may seem slow until this WOMEX 10 Award for Artists, an award that he will receive almost ten years after his favourite artist Nusrat Fateh Ali Khan, but it is exemplary because Danyèl Waro has never made even the slightest compromise during all these years, nor at any time in his life. At the age of twenty, he spent two years in prison in France for refusing military service."

"Danyèl Waro has remained faithful to the tradition of acoustic maloya, the blues of La Réunion, the volcanic island of the Indian Ocean, two cable lengths from Mauritius. There he is recognized as a hero. Musician and poet, he knows how to sing Creole with unparalleled emotion: 'For me the maloya is first of all the word. I seek the cadence, the image, the rhythm in the word. Thanks to the maloya, I have stepped back from a connection to Cartesian philosophy and too conceptual judgements. The maloya has put me in harmony with La Réunion, with the people, with our language'."

"Long obscured, the maloya was revived in the 1970s by the independence movements, prior to the renaissance of the 1980s. And Danyèl Waro with his talent enables the maloya to find again its original meaning and bear a message of revolt, hope and courage in raising awareness of many in La Réunion of the importance of their cultural heritage."

WOMEX is delighted to present the WOMEX 10 Award for Artists to this special musician, singer, activist and poet who has fought, for decades, to revive a musical treasure from the Indian Ocean and who has popularised its pearls on an international level. WOMEX feels honoured that Danyèl Waro has accepted this Award.