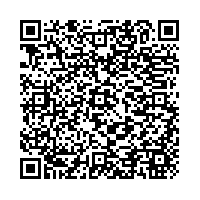 News abonnieren
(lifePR) ( Paderborn, 24.07.08 )
Despite having to contend with a deterioration in the general business climate, Wincor Nixdorf AG succeeded in maintaining its forward momentum over the course of the first three quarters. Against this backdrop, the company has reaffirmed its forecast for the current fiscal year 2007/2008. "We remain committed to increasing net sales by 8% and EBITA by 10%," said President & CEO Eckard Heidloff, thereby reinforcing the company's expectations for the full fiscal year ending September 30, 2008. These targets are underpinned by the company's interim results for the first nine months. Growth continues to be driven by business in the international arena and by buoyant demand within the Banking segment.

In the first nine months of the current fiscal year, the supplier of IT solutions tailored to the branch operations of banks and retailers increased its net sales by 8% to €1,738 million (€1,602 million); earnings before interest, taxes and amortization (EBITA) grew by 10% to €152 million (€138 million). The EBITA margin rose by 0.1 percentage points to 8.7% (8.6%). As a result of the weak U.S. dollar, net sales adjusted for exchange rate effects grew by 12%. Profit for the period climbed by 22% to €93 million (€76 million). Group sales in the third quarter alone rose by 7% year on year, thereby contributing €555 million (€517 million) to Wincor Nixdorf's encouraging performance for the first nine months.

Steady development in Europe, significant growth in Asia and the Americas

In Germany, net sales fell by 3% year on year to €412 million (€425 million) after the first three quarters of the current fiscal year. Calculated on this basis, business in Germany accounted for 24% (27%) of total net sales. In the third quarter of the fiscal year, net sales generated in Germany rose to €145 million (€138 million), thus outpacing last year's third-quarter figure by 5%.

As in the past, dynamic sales in Europe proved to be a significant revenue driver. Net sales for Europe (excluding Germany) increased by 7% to €921 million (€864 million) in the first nine months of the current fiscal year. With a share of 53% (54%), this region continues to be the main contributor to total net sales within the Group. In the third quarter of fiscal 2007/2008 Europe (excluding Germany) achieved 2% growth in net sales, taking the figure to €289 million (€284 million).

Calculated on the basis of U.S. dollars, Asia/Pacific/Africa increased its net sales by 49% compared with the same period a year ago. Translated into euros, this corresponds to growth of 31%, taking the total to €261 million (€199 million). This region accounted for 15% (12%) of total net sales at Group level. In the third quarter, net sales rose by 30% to €79 million (€61 million).

Categorized according to business stream, net sales attributable to Product business rose by 8% year on year to €1,033 million (€953 million) for the first three quarters of fiscal 2007/2008. Software/Services generated growth of 9%, taking net sales to €705 million (€649 million).

From Wincor Nixdorf's point of view there are no signs of improvement in the subdued economic climate for the remaining months of the current 2007/2008 fiscal year. Among other aspects, the continuing tremors emanating from the international financial markets and the protracted weakness of the U.S. dollar have contributed to this situation.

Irrespective of these developments, the Group remains committed to its growth targets of 8% in net sales and 10% in EBITA, driven mainly by the continued strength of the Banking segment.

Within this context, Wincor Nixdorf has been benefiting from the steady progression of retail banking in well-established markets and additional expansion in emerging regions. After returning to a more stable level compared with last year, business within the Retail segment is expected to develop in line with the company's forecasts. In geographical terms, the forward momentum of the Group continues to be fueled by business in the international arena.