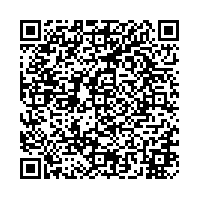 News abonnieren
(lifePR) ( Weinheim, 28.06.10 )
Change in the European transport and logistics industry: Eurodis strengthens its European combined-freight network by accepting new shareholders for France, Great Britain, Ireland and Central and Eastern Europe - Strong potential for growth through the joining of powerful national partners into an integrated European network based on international quality standards.

Eurodis, the leading European distribution network for the joint transport of palletised goods and parcels (combined freight) has established a new corporate structure, introduced a new IT-platform and acquired strong cooperation partners. "In June Sernam for France and UK Mail for Great Britain and Ireland joined the Eurodis-network," says Carsten Siebe, Managing Director of Eurodis GmbH, the lead company of the network headquartered in Weinheim. "Due to the leading role UK Mail and Sernam play in their respective countries Eurodis managed to rise to Champions League of European logistics cooperation". Additional partners of the network are trans-o-flex Logistics Group in Germany and Benelux, Redur in Spain and Portugal as well as Österreichische Post AG who further strengthened the Eurodisnetwork with the help of its parcel and logistics subsidiaries, mainly in South Eastern Europe.

"The national competence of all network partners that is recognized by the customers is organised in a solid European partnership On the one hand the requirements of the local markets are taken into account whilst on the other hand a uniform Europe-wide performance promise can be bindingly kept. These are the key success factors for Eurodis and its shareholders", says Carl-Gerold Mende, Head for parcels and logistics at Österreichische Post AG and Chairman of the Eurodis-supervisory board.

"In times of globalisation no logistics company will be able to fulfil the customers' requirements without being connected to a powerful international network", confirms Guy Buswell, CEO of UK Mail and Deputy Chairman of the Eurodis-supervisory board.

Philippe Chevalier, CEO of Sernam adds: "We are convinced of the market power of this new partner constellation and want to play an active part within the Eurodisnetwork not just to further strengthen it in France, but to promote its international development in a customer-oriented manner".

The most important distinguishing feature of Eurodis compared to other freight forwarding or parcel networks is the continuous transportation and delivery of pallets and parcel within one network (combined freight). "The combined-freight model offers sound advantages for companies who want to be flexible in the organisation of their logistics chain and to whom the efficient shipment of parcels and pallets within one network is important", explains Kai Schmuck, Managing Director of trans-o-flex Logistics Group.

"The Eurodis-partners provide the consignors with one-stop service that both simplifies dispatch and speeds up commissioning and relieves the consignees". They receive the ordered goods as one delivery and not from several service providers at different times. Angel Lozano, Chairman of the Redur-group in Spain and Portugal: "This is of particular interest for companies who have to handle the receipt of goods in addition to the regular sales, for example in retail, or for companies who receive large quantities of goods at one time and thus are able to optimise their ramp management and the subsequent processes".

To be able to organise the international exchange of goods flawlessly and with a high degree of transparency for customers and partners alike, Eurodis following a successful test phase put a new IT-platform for the data exchange between the partners into operation in April. The new system facilitates the distribution and conversion of the shipment and status data and thus the smooth data flow based on standardised interfaces. "This way the customers of each partner can continue to work with the system they are used to and also receive the data of their international shipments via this system", states Siebe.

Strong national logistical service providers from all over Europe have joined together in the European distribution network (Eurodis) to develop specialised industry solutions for their customers on a European level and to be able to implement these without any compromises regarding quality. All partners are able to ship both pallets and parcels without breaks in the system (combined freight) quickly, efficiently and safely. The Eurodis lead company is located in Weinheim. It ensures that the quality standards are observed and manages the international data transfer, the tracking of shipments and billing amongst the partners.