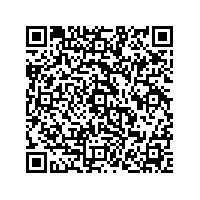 In the context of the competition of SoundTrack_Cologne, the EUROPEAN TALENT AWARD was awarded for the tenth time.

Quote from the jury's statement:

"Composer Filip Šijanec made really wonderful childlike choices that were exactly right for THAT film. He understood and captured the heart of the film. And this is the job of a film composer."

"Sound designer Arthus Khayrullin from Russia created an atmosphere with an eye for details that brought this post-apocalyptic world to live. His sound design kept the tone of the film consistent and makes the film work."

"Composer and Sound artist Martin Stys showed an incredibly unique sense of vision and took chances that only brave hearts can take."

The WDR FILMSCORE AWARD is made possible by WDR and WDR Radio Orchestra Cologne.

The EUROPEAN TALENT AWARD SOUNDDESIGN is awarded in cooperation with SoundVision Tonstudio GmbH and Dolby.

Quote from the jury's statement:

"The Peer Raben Music Award 2013 goes to Rosanna Zünd for the score of LETZTE SPUREN. The composition is a clear musical statement that manages to be sensitive to the subject of solitary death without dominating emotionally. By using a traditional instrumentation in a subtle way the score achieves to build a perfect balance between sincerity and the space for individual perception."

The Früh Kölsch Audience Award that awarded the best music in a short film went to the score of Laurence Owen, Great Britain, for the film "White Morning".

The SoundTrack_Cologne Award to Manfred Eicher

With his label ECM, founded in 1969, he became world-famous. His recordings with jazz musicians such as Keith Jarrett, Jan Garbarek and Chick Corea set new standards: Manfred Eicher, the outstanding music producer of our time, was awarded this year's Honorary Award of SoundTrack_Cologne by Michael P. Aust, Matthias Kapohl und Matthias Hornschuh.

Extract from the Laudation by jazz pianist Hans Lüdemann:

"[...] You are the ideal of a creative producer. You are giving support, critique and stimulation in the process of the creation and realisation of music and you are preserving it at the same time. I would like to quote once more Jean-Luc Godard, who saw you apart from all the producers he knew from the film scene and who were only concerned about the commercial utilisation. Godard described the way you work: "He searches, he hears something and then he tries to create soundscapes, of which other record producers do not have the faintest idea. And it is not until afterwards he thinks about the distribution".