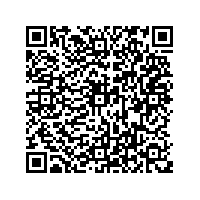 Südzucker reports drop in results in fiscal 2018/19 as expected

News abonnieren
(lifePR) ( Mannheim, 16.05.19 )
Südzucker AG’s consolidated group revenues fell to EUR 6,754 (previous year: 6,983) million in fiscal 2018/19 (1 March 2018 to 28 February 2019). The sugar and CropEnergies segments’ rev-enues fell sharply, whereas the special products segment’s rose substantially. The fruit segment’s revenues were slightly above last year’s. As expected, the consolidated group operating result was down sharply to EUR 27 (previous year: 445) million. The previously announced decline was driven mainly by the sugar segment’s substantial losses in the second half of the fiscal year. The CropEnergies segment’s operating result was also down sharply. The special products segment’s operating result was comparable to last year’s, while the fruit segment’s was slightly higher. In light of the reassessment of the sugar market environment, restructuring expenses as well as goodwill impairment in the sugar segment led to a substantial group consolidated loss of EUR 805 (previous year: net earnings of 318) million. The vast majority of these one-time charges do not impact liquidity.

The dividend policy continues to be based on continuity and sustainable results development. Therefore, given the group’s current results and liability situation, the executive board has de-cided to recommend a dividend of EUR 0.20 (previous year: 0.45) per share for fiscal 2018/19. This corresponds to a total dividend distribution of EUR 41 (previous year: 92) million.

In fiscal 2018/19, sugar segment revenues fell to EUR 2,588 (previous year: 3,017) million as a result of significantly lower sales revenues. During the first half of the fiscal year, much more sugar was sold than in the year prior, but in the second half year sugar volume was down sharply as a result of drought-related lower production and export volumes. For the full fiscal year, total volume was only slightly higher than last year.

Last year sales revenues rose in the first half of the fiscal year, but they have been down clearly since October 2017. Sales revenues have continued to drop since October 2018. The weaker har-vest in 2018 on account of drought further added to the pressure on results. The lower produc-tion volumes not only drove production costs higher but also reduced sales volumes. This re-sulted in an operating loss of EUR –239 (previous year: operating profit 139) million, all of which accumulated in the second half of the fiscal year.

Processing campaign and sugar production in 2018

Because of the drought, the 2018 campaign started approximately 10 days later than originally planned, except in Poland. Processing time at the various factories ranged between 65 days at Falesti in Moldova and 146 days at Cagny in France. The average campaign duration for all facto-ries was 115 (previous year: 133) days.

The special products segment was able to boost revenues substantially to EUR 2,294 (previous year: 1,997) million. The higher revenues came mainly from Richelieu Foods Inc., Braintree, Mas-sachusetts, USA and HASA GmbH, Burg, Germany. These two companies were only consolidated for part of last fiscal year. All other divisions were also able to generate higher revenues. The op-erating result was comparable to last year at EUR 156 (previous year: 158) million. The starch di-vision’s starch-based sweeteners and ethanol were subject to price pressure. This led to a signifi-cantly lower result as raw material and energy costs climbed. However, the overall results growth in the other product groups almost fully offset the decline.

Revenues in the CropEnergies segment were sharply lower than last year at EUR 693 (previous year: 808) million. This was driven by a decline in production and sales volumes as well as lower overall ethanol sales revenues than last year. The challenging market conditions made it neces-sary to adjust capacity utilization, which resulted in the shutdown of the factory in Wilton, Great Britain from December 2018 to the end of February 2019. Ethanol sales revenues in the first half year remained under the high sales revenue levels of the first half of the year prior, but recovered significantly, especially in the fourth quarter.

Due to the negative revenue development, the operating result fell during the reporting period, to EUR 33 (previous year: 72) million overall. In addition to lower sales volumes and overall sales revenues, higher raw material and energy costs weighed on the results. The fourth quarter was the first time the operating result exceeded the previous year’s for the comparable period, driven mainly by higher ethanol sales revenues.

Südzucker, with its sugar, special products, CropEnergies and fruit segments, is one of the most significant food industry companies. In the traditional sugar business, the group is Europe's number one supplier of sugar products, with 28 sugar factories and two refineries, extending from France in the west via Belgium, Germany and Austria, through to Poland, the Czech Republic, Slovakia, Romania, Hungary, Bosnia, and Moldova in the east. The special products segment, consisting of the functional food ingredients for food and animal feed (BENEO) division, as well as chilled/frozen products (Freiberger), portion packs (PortionPack Europe) and starch divisions, conducts business in high-growth dynamic markets. The CropEnergies segment is responsible for the bioethanol activities in Germany, Belgium, France and Great Britain. The group's fruit segment operates globally, is the world market leader for fruit preparations and is a leading supplier of fruit juice concentrates in Europe.