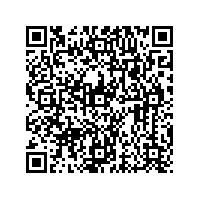 "We are pleased to report this significant increase in H1 profits. While partially due to the presence of Easter in Q1 and a weak prior year comparable, we have also enjoyed a strong summer thanks to our strategy (announced Sept. 2013), of raising forward bookings and improving our customer experience which has delivered higher load factors and yields. We achieved a number of milestones during the half year including:


The 5% rise in average fares and the 4% point increase in load factors has driven a 32% increase in H1 profits and validates our "Always Getting Better" programme and higher forward booking strategy. Our customers are finding it easier to locate and book our lowest fares on our improved website, while our new responsive mobile app has been downloaded more than 3m times in just 6 months. The customer experience is also improving at every touch point from mobile booking, online check-in, a smoother boarding process, and a friendlier on-board service where customers are really enjoying allocated seating and using their PED's.

Half year unit costs fell by 2%. Excluding fuel they rose 3% mainly due to higher landing and handling costs at primary airports, and a higher marketing spend to support the "Always Getting Better" programme. H1 Ancillary revenue grew by 4% to €741m in line with traffic growth as airport and baggage fee reductions were offset by the increased uptake of allocated seating.

Our "Always Getting Better" Programme is Delivering.

The success of our "Always Getting Better" programme is evidenced by our rising forward booking's profile which is continuing into the winter season despite a very substantial (16%) winter traffic growth. As we enter November, forward bookings for Dec. to March continue to run on average 5% ahead of this time last year.

We have been pleasantly surprised at the rapid uptake of our new Family Extra and Business Plus products which are enabling Ryanair to win new customers from all our higher fare competitors. We expect the uptake of our "Business Plus" service to build during our winter schedule which offers many more business routes to\from primary airports. Price conscious and time sensitive business passengers are already switching to Ryanair for our industry leading punctuality, and the better travel experience which our "Business Plus" product delivers.

The success of our improved website and mobile app has been validated by the significant surge in web visits across all major markets particularly the UK. This time last year Ryanair was just 3rd in the UK for airline website visits (running behind both British Airways and Easyjet) on the Hitwise website listings. In the last 6 months we have overtaken both of these higher fare competitors to become the UK's number one airline website, and the gap between us and these higher fare competitors is widening. Our newly established Ryanair Labs development team will roll out more innovative services and features on our website and mobile app on a continuous basis into 2015.

Forward bookings on our 4 new winter bases in Cologne, Gdansk, Glasgow and Warsaw are building quickly. We are very excited by Ryanair's re-entry into the 2 big UK domestic routes, Glasgow-London and Edinburgh-London (where we offer 3 times daily business schedules) at fares which are 50% lower than those charged by Easyjet or British Airways. We look forward to winning a significant share of the Scotland-London business market this winter. We expect this performance to be mirrored in other domestic business routes where we offer double daily frequencies such as Porto-Lisbon, Gdansk-Warsaw, and Wroclaw-Warsaw. We are making significant inroads in domestic Italy as Alitalia cuts short haul capacity. Germany is also an area of significant opportunity as continuing shorthaul capacity cuts by Air Berlin and Lufthansa enables Ryanair to expand in primary airports including Cologne, Hamburg, and Berlin. Last week we announced Copenhagen as our 70th base which opens in March 2015 and begins Ryanair's expansion in the high fare Scandinavian region after a number of years without capacity growth in that market.

In September, Ryanair celebrated 2 milestone events with Boeing. We took delivery of the 1st of 180 new Boeing 737-800 NG aircraft in Seattle. These new aircraft will enable Ryanair to deliver strong traffic and profit growth over the coming 5 years as we grow to over 114m passenger's p.a. These new aircraft will allow us exploit the unfolding opportunities at many primary and secondary airports across Europe who are encouraging Ryanair to grow quickly at their airports as their incumbent carriers cut capacity.

We also signed a new agreement to be the launch customer for 200 new Boeing 737-MAX 200 "Gamechanger" aircraft (100 firm and 100 options) which is subj. to EGM approval on 28th November next. These aircraft have the potential to transform Ryanair's cost base while further improving our on-board customer experience. They have 8 extra seats (197), more leg room, and Boeing's attractive "sky" interiors. These extra seats will generate more revenue per flight while the CFM Leap-1B engines will deliver an 18% reduction in fuel unit costs. When these aircraft deliver, between 2019 to 2024, they will significantly lower our unit costs enabling Ryanair to offer even more lower fares, which will underpin our ambitious growth targets.

We have taken advantage of recent oil price weakness to extend our fuel hedges to 90% for FY16, at approx. $93 per barrel. In Euro terms this will result in a 2% reduction in unit fuel costs over the next 12 months. We will now look for opportunities to extend our fuel hedging programme into FY17 to lock in future cost savings. We have also extended our Capex programme to September 2017 at an average exchange rate of €/$1.35 which locks in substantially lower costs for the new aircraft deliveries.

Our September AGM approved the Board's proposal to return another €520m via a special dividend (€0.375 per ordinary share). This will be paid at the end of February 2015, at a time when our cash balances are rising. This will bring to over €2.5bn the returns made by Ryanair to shareholders since 2008. Ryanair's balance sheet remains one of the strongest in the industry. Despite €293m of Capex and debt repayments of €199m during H1, our Net Cash position has improved from €158m to €618m reflecting our profitable H1 trading. Our BBB+ rating from S&P and Fitch enabled us to issue our first unsecured Eurobond at a coupon of 1.875% fixed for 7 years, which will further reduce our ownership and financing costs.

Based on these solid H1 results, underpinned by strong forward bookings and rising load factors, we have significantly raised our winter capacity and traffic growth objectives. Traffic will grow by 12% in Q3 and by 20% in Q4, which are very ambitious targets during the weaker half of the year. However, we believe it is time to capitalise upon the many opportunities available to us at both primary and secondary airports, to grow our route network and increase frequencies, in order to attract business traffic which tends to travel more during the winter period.

As a result traffic in H2 will now rise by 16% or 5.3m customers (2.2m more than previously guided) although we still expect H2 fares to fall. With reasonable visibility in Q3 we expect traffic will grow 12%, while ave. fares will fall between -3% to -5% (slightly better than our previous -6% to -8% guidance). In Q4, we plan to grow traffic by 20%, and expect fares will fall by -6% to -10%, (as we use lower fares to achieve our significantly higher traffic targets). Accordingly, we now expect full year traffic will grow by 9% to 89m customers, and ave. fares for FY15 to rise by just 1% to €47. Unit costs (excluding fuel) will be positively impacted by this significant H2 traffic increase, and we now expect unit costs will be flat for FY15. Including fuel, unit costs will fall 4% in FY15.

As a result of these 2.2m additional H2 passengers and falling unit costs, our full year net profit will significantly exceed our previous guidance (of €650m) to a new range of between €750m to €770m. However, we caution that this raised guidance remains heavily reliant on the strength of close in bookings for the remainder of Q3, and in particular Q4 where we presently have very little visibility.

While encouraged by the continuing strength of forward bookings, we would caution that close in bookings for the remainder of this winter will be subject to unforeseen events which always overhang our business, and so extreme caution rather than irrational exuberance should underpin any medium term forecasts. As these strong H1 results and raised full year guidance demonstrate, our business model is performing well but much work remains to be done over the next 12 months to continue to develop and improve our "Always Getting Better" programme for the benefit of our customers, our people, and our shareholders."

Certain of the information included in this release is forward looking and is subject to important risks and uncertainties that could cause actual results to differ materially. It is not reasonably possible to itemise all of the many factors and specific events that could affect the outlook and results of an airline operating in the European economy. Among the factors that are subject to change and could significantly impact Ryanair's expected results are the airline pricing environment, fuel costs, competition from new and existing carriers, market prices for the replacement aircraft, costs associated with environmental, safety and security measures, actions of the Irish, U.K., European Union ("EU") and other governments and their respective regulatory agencies, weather related disruptions, fluctuations in currency exchange rates and interest rates, airport access and charges, labour relations, the economic environment of the airline industry, the general economic environment in Ireland, the UK and Continental Europe, the general willingness of passengers to travel and other economics, social and political factors.