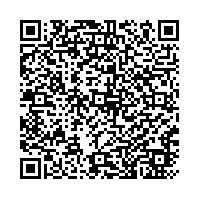 News abonnieren
(lifePR) ( Madison, WI, USA, 12.01.12 )
Hereditary hearing loss is the most common sensory disorder in humans. A German research team led by Ingo Kurth from the Institute of Human Geneticsat the University Hospital Jena, Germany, used a number of different methods, including Roche's NimbleGen Custom Sequence Capture 385K array to identify the gene mutated in the disease locus of the X-chromosome of a Spanish family with hereditary hearing loss (1).

Targeted enrichment was performed by the German Service Provider ATLAS BiolabsGmbH. In particular, the DNA of two affected males was subjected to target enrichment. Subsequent sequencing analysis at the Cologne Center for Genomics (CCG) resulted in the identification of a total of 3858 and 3443 X-chromosomal variants for each of these two individuals. Furthermore, a nonsense mutation in the small muscle protein, X-linked (SMPX) of the affected individuals had been detected. Nonsense mutations are significant, because they are point mutations in a sequence of DNA that cause a premature stop codon, or a nonsense codon in the transcribed mRNA, resulting in a truncated, incomplete, and usually nonfunctional protein. Based on their findings, the authors propose that long-term maintenance of mechanically stressed inner ear cells critically depends on SMPX function.

Headquartered in Basel, Switzerland, Roche is a leader in research-focused healthcare with combined strengths in pharmaceuticals and diagnostics. Roche is the world's largest biotech company with truly differentiated medicines in oncology, virology, inflammation, metabolism and CNS. Roche is also the world leader in in-vitro diagnostics, tissue-based cancer diagnostics and a pioneer in diabetes management. Roche's personalised healthcare strategy aims at providing medicines and diagnostic tools that enable tangible improvements in the health, quality of life and survival of patients. In 2010, Roche had over 80,000 employees worldwide and invested over 9 billion Swiss francs in R&D. The Group posted sales of 47.5 billion Swiss francs. Genentech, United States, is a wholly owned member of the Roche Group. Roche has a majority stake in Chugai Pharmaceutical, Japan. For more information: www.roche.com.