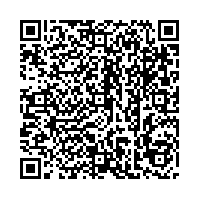 HIV patients carrying the HLA-B*5701 marker have a 60% higher risk to develop hypersensitivity reaction (HSR) to Abacavir, which is a component of several widely marketed drugs inhibiting the reverse transcriptase of the HI virus. HSR is a serious and sometimes even fatal multi-organ syndrome that manifests i.e. in fever, respiratory or constitutional symptoms.

On July 24, the U.S. Food and Drug Administration (FDA) has advised healthcare professionals that all HIV patients should be screened for HLA-B*5701 before initiating treatment with drugs containing Abacavir. Institutions in other countries such as Germany issued similar warnings. The regulatory bodies therewith responded to results from a new study published in the New England Journal of Medicine earlier this year. The PREDICT1-1-Study carried out at the Royal Perth Hospital and Murdoch University, Perth, Australia among 1956 patients from 19 countries found that HLA-B*5701 is a major biomarker for the HSR.

"The screening for HLA-B*5701 prior to Abacavir treatment allows the identification of patients likely to develop HSR. Using HLA-B*5701 tests as a companion diagnostic with the drug Abacavir therefore helps to better protect HIV-infected patients in treatment from severe additional suffering", says Magnus Ingelman-Sundberg, Professor and Head of the Section of Pharmacogenetics at the Karolinska Institute in Stockholm and responsible for the commentary on the PREDICT1-study in the New England Journal of Medicine. "The combination of diagnostics and therapeutics is a key approach to eliminating risks of side effects and therefore increasing the efficacy of drugs". Dr Ingelman-Sundberg expects more tests for pharmacogenetic markers to be introduced in the near future, including tests for HLA alleles, which are believed to play an important role in patients' responses to a number of drugs. "Carbamazepine©, for instance, which is prescribed for treatment of epilepsy, is more likely to cause dangerous or even fatal skin reaction in Asian patients carrying the HLA-B*1502 allele," Dr Ingelman-Sundberg adds.

"Our new test is another great example for the advent of molecular diagnostic tests, which can be used to assess the efficacy of drugs. This trend holds great promises for the future. Enabling doctors to customize therapies based on molecular tests which create molecular profiles of patients or diseases ultimately leads to more medical innovation, cost efficiency and - most importantly - to better and safer treatment of patients", says Peer Schatz, CEO of QIAGEN. "So far, we have only seen the tip of the pharmacogenomic and companion diagnostic icebergs. At QIAGEN we are proud of the roles that our sample and assay technologies and molecular diagnostics franchise contribute to bringing the vision of personalized medicine to reality."

Today, QIAGEN offers the broadest panel of molecular diagnostic assays in the world. The portfolio spans, subject to regulatory approval in various countries, over 120 molecular tests for various targets, including high resolution, molecular profiling solutions for HLA-alleles - an area in which QIAGEN has a leading position. The newly launched test complements a larger personalized medicine portfolio which includes, subject to regulatory approval in various countries, molecular tests related to transplantation, cancer and other therapies.

The new Olerup SSP© PCR assay was developed and manufactured by Olerup SSP AB. It is CE marked in Europe for in vitro diagnostic use and available for research use in other countries.

About pharmacogenetics and personalized medicine

The field of pharmacogenetics deals with effects of individual gene variants in response to a given drug and is the fundament for the concept of "Personalized Medicine". Since patients frequently react differently to drugs, an effective treatment for one person may have no impact on someone else, or may even cause adverse reactions. The main cause of this varying effect is the diversity of humans' genetic make-up. Understanding the individual differences in the human genome thus helps physicians select and tailor treatments for their patients. Leading experts such as the Boston Consulting Group (BCG) estimate the market potential for personalized medicine for the year 2020 to be 22 billion US$. With a current volume of about 500 million US$ this would represent an average annual growth (CAGR) of about 37%. According to BCG, the concept of personalized medicine will lead to significant savings through optimized medication as well as the detection of previously unknown diseases. This in turn will lead to considerable progress in prevention, diagnosis and treatment of many diseases.

QIAGEN N.V., a Netherlands holding company, is the leading global provider of sample and assay technologies. Sample technologies are used to isolate and process DNA, RNA and proteins from biological samples such as blood or tissue. Assay technologies are used to make such isolated biomolecules visible. QIAGEN has developed and markets more than 500 consumable products as well as automated solutions for such consumables. The company provides its products to molecular diagnostics laboratories, academic researchers, pharmaceutical and biotechnology companies, and applied testing customers for purposes such as forensics, animal or food testing and pharmaceutical process control. QIAGEN's assay technologies include one of the broadest panels of molecular diagnostic tests available worldwide. This panel includes the only FDA-approved test for human papillomavirus (HPV), the primary cause of cervical cancer. QIAGEN employs more than 2,800 people in over 30 locations worldwide. Further information about QIAGEN can be found at http://www.qiagen.com/.