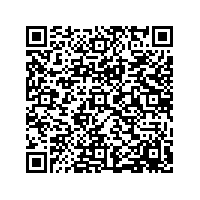 News abonnieren
(lifePR) ( Friedberg, 18.09.18 )
It's 1978, and the world is changing. Space Invaders spreads to arcades across the globe and launches the video game industry. The firstautomated cellular phone network is being built in Japan and Superman takes off in cinemas. Another product is launched which, over the next four decades, will bring mobility to 4.7 million people – the Mitsubishi 1-ton pickup. It's a pickup truck that can handle all types of road, anywhere on the planet. It has been developed with a design brief - to meet the desire of customers for a pickup with outstanding reliability, durability and payload performance; with levels of drivability, utility, comfort and ride that are on a par with a passenger sedan. The first models were appropriately named FORTE, although exports used other badges such as L200, which remain in use today. From the very beginning, the FORTE was engineered to provide tough, dependable transport for people and goods. The FORTE was developed to provide a 1-ton carrying capacity and yet be as easy to drive, have a combination of rugged reliability, easy-to-drive nature and impressive carrying capacity. This soon made it a firm favorite across the world, from frozen wastes to sun-baked deserts. To ensure customers could go even further afield, Mitsubishi Motors built on its four-wheel-drive heritage by adding a 4x4 version to the range in 1980. This became the foundation for modern Mitsubishi 4WD vehicles, leading directly to the PAJERO/MONTERO and DELICA. The pickup, soon renamed TRITON in many markets, had a profound effect on the Mitsubishi Motors' business too. The first and second generation platforms were mainly produced at Mitsubishi Motors Ohe Plant. Since the third-generation model in 1995, production has been concentrated in the Laem Chabang Plant in Thailand, from where they are exported worldwide. It is now Mitsubishi Motors' biggest factory, producing about 400,000 vehicles. Here is a reminder of the previous generations of the FORTE, TRITON and L200 – and a glimpse at what the near future might hold… 1st GenerationSeptember 1978


FORTE, a 1-ton pickup truck was introduced in Japan and exported with names including the MITSUBISHI TRUCK and L200. Exports to North America started the following October.
The only body option is a single cab. Power is from a 2.0-litre petrol, with a 2.6-litre option for North America and 1.6-litre engine for Japan and for other regions. A 2.3-litre diesel engine was available for general exports.


Introduction of a part-time 4WD system


Introduced as STRADA into the Japan market (double-cab only)


The new pickup truck model L200 STRADA was introduced in Thailand.
Production is concentrated in the MSC Thai Laem Chabang Plant, from where it is exported worldwide.
Three body variations include Single Cab, Club Cab, and Double Cab for exports. Powered by 2.5-litre or 2.8-litre diesel engines. The 4WD mechanism is equipped with innovative "Easy Select 4WD" system.

Mitsubishi Motors Corporation is a global automobile company based in Tokyo, Japan, which has a competitive edge in SUVs and pickup trucks, electric and plug-in hybrid electric vehicles. Since the Mitsubishi group produced its first car more than a century ago, we have demonstrated an ambitious and often disruptive approach, developing new vehicle genres and pioneering cutting-edge technologies. Deeply rooted in Mitsubishi Motors' DNA, our brand strategy will appeal to ambitious drivers, willing to challenge conventional wisdom and ready to embrace change. Consistent with this mindset, Mitsubishi Motors introduced its new brand strategy in 2017, expressed in its "Drive your Ambition" tagline - a combination of personal drive and forward attitude, and a reflection of the constant dialogue between the brand and its customers. Today Mitsubishi Motors is committed to continuous investment in innovative new technologies, attractive design and product development, bringing exciting and authentic new vehicles to customers around the world.