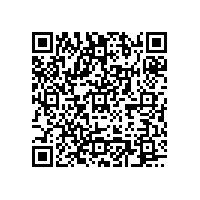 Talanx and KBC finalise the sale of WARTA

- WARTA is one of the largest and most established insurance companies in Poland with a strong market position across business segments and a highly recognised brand. During the first quarter of 2012 WARTA Group collected almost PLN 1,25 billion in gross written premium: PLN 649 million in nonlife (TUiR WARTA S.A) and PLN 599 million in life (TUnŻ WARTA S.A.). Compared to the same period of the previous year this represents a 15% growth in both companies. The net profit in Q1-2012 amounted in total to PLN 125.3 million.

- To date, Talanx has been operating in Poland through two companies in motor, general liability, property and life insurance: HDI Asekuracja TU S.A. and HDI-Gerling Zycie TU S.A. Additionally, on 4 June 2012, Talanx and Meiji Yasuda announced the completion of the takeover of the majority of Europa Group, based in Wroclaw. With the closing of both of these transactions, Talanx becomes the second largest insurance group in Poland (according to a 2010 statistic published by the Polish Financial Supervision Authority).

- The existing bancassurance collaboration between WARTA and Kredyt Bank (KBC's banking subsidiary in Poland, which is also the subject of a separate divestment process) regarding the distribution of WARTA's Life and Nonlife insurance products through the Kredyt Bank branch network, will remain in place for the foreseeable future.

Johan Thijs, KBC Group CEO, comments as follows: "With the divestment of WARTA, we have completed another major step in implementing our updated strategy. This transaction releases a significant amount of capital and has a positive impact on KBC's profit and loss and Tier 1 ratio. WARTA has now found a new stable shareholder and this will be to the benefit of all stakeholders of the company. I would like to thank WARTA's management and staff for their commitment throughout all these years. We wish them all the best."

Herbert K. Haas, CEO of Talanx Group comments: "With this successful acquisition in Poland, Talanx is continuing to deliver on its strategy of strengthening the international part of its portfolio. Central and Eastern Europe and Latin America are target markets for the Talanx Group. It aims, in the long run, to grow the foreign share of gross premiums from primary insurance in the divisions of Industrial Lines and Retail International to half of the total gross premiums from primary insurance."

Jarosław Parkot, WARTA CEO, commented: "We are glad to announce that we now are part of the Talanx group. This transaction significantly strengthens WARTA's position on the Polish market. WARTA's results show that we are a dynamically developing company. Talanx is the ideal partner to support us to continue this trend."

Talanx was the thirdlargest German insurance Group and the eleventhlargest European insurance group in 2011[1] (based on gross written premium). In 2011, Talanx generated premium income of approximately EUR 23.7 billion. Talanx operates as a multibrand provider. Its brands include HDI, HDI-Gerling, Hannover Re, one of the world’s leading reinsurers, Targo Versicherungen, PB Versicherungen, Neue Leben and the financial services provider AmpegaGerling. The Hannover-based Group is active in 150 countries. The rating agency Standard & Poor’s has given the Talanx Primary Group a financial strength rating of A+/stable (strong) and the Hannover Re Group one of AA-/stable (very strong).
1 Source: KPMG 2012 on the basis of the Annual Reports of the relevant insurance companies

WARTA is one of the largest and most established insurance companies in Poland.
The company was founded in 1920. In 2000, KBC became a shareholder of WARTA, acquiring a 40% stake. A year later, WARTA signed a bancassurance agreement with Kredyt Bank in a partnership that made the two companies pioneers of bancassurance services in the Polish market. In 2006, KBC acquired a 100% stake in the company.

KBC is an integrated multi-channel bancassurance group, catering mainly for retail, SME and local midcap customers. It concentrates on its home markets of Belgium and certain countries in Central and Eastern Europe (Czech Republic, Slovakia, Bulgaria and Hungary). Elsewhere around the globe, the group has established a presence in selected countries and regions.

KBC provides banking, insurance and asset management products and services via its integrated distribution channel consisting of bank branches, insurance agents and brokers and the Internet. KBC's headquarters are located in Brussels (Belgium), the heart of Europe. The KBC group employs 47 530 FTE and caters for 9 million customers.

Pressemitteilung Talanx and KBC finalise the sale of WARTA weiterempfehlen