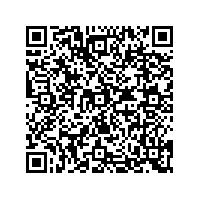 News abonnieren
(lifePR) ( Berlin, 25.06.12 )
We have a birthday to celebrate! For the tenth season in a row, from July 12 to 15, 2012, the radioeins Open-Air Cinema will show films from the latest Berlinale that have not yet been released theatrically in Germany. In addition to the Competition film and Special Award Silver Bear winner L'enfant d'en haut (Sister), the programme will present outstanding films selected from the Panorama, Perspektive Deutsches Kino and Retrospective sections.

Thursday, July 12, 2012 9:45 p.m.
L'enfant d 'en haut (Sister), Director: Ursula Meier, Switzerland, France, 2012, 97 min., Competition, Special Award Silver Bear
Portrait of a twelve-year-old boy who tries to offset his breadline existence by selling stolen skis. What appears on the surface to be a study of everyday life is in fact an exploration of the contradictions and hidden depths of an ostensibly prosperous world.

Saturday, July 14, 2012 9:45 p.m.
This ain't California, Director: Marten Persiel, Germany 2012, 90 min., Perspektive Deutsches Kino (Winner "Dialogue en perspective")
The story of a bunch of kids who discover their love of 'Rollbrettfahren' as skateboarding was known in the GDR, on the socialist nation's crumbling asphalt. A madcap, even unacceptable sport that was perhaps so incredibly exciting because of its nuttiness.

The Open-Air in Cologne (www.filmfestivals-koeln.de) as well as the Mobile Kino Nürnberg (www.sommernachtfilmfestival.de) will also be showing films from this year's Berlinale in July and August.