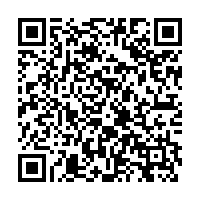 Rainer Holbe get the MIND AWARD 2017

(lifePR) ( Ruppach-Goldhausen, 17.11.17 )
The highlighting, networking, supporting and honoring of people and organizations, which have performed great achievements both personally and socially is the essence of the

Since the seventies, the journalist and presenter Rainer Holbe has been culturally enriching in the area of social acceptance of spirituality and consciousness. Both in personal encounters, man takes the awe of unknown things, as well as on the stage of the media. A wide audience is known by radio broadcasts and TV formats like the show "incredible phenomena". He continues to work as a researcher and moderator, and has managed to make things more intimate.

Since 2009 the MIND AWARD is a symbol of this common quest, including the "rainbow nation" (Nelson Mandela). It is the world's first and most important educational prize, which has already been awarded to some distinguished personalities, courageously and consistently advocating this legacy of a holistic evolution.

The special award is awarded at the discretion and recommendation of the jury for special achievements or for a life’s work.

The author Rainer Holbe in search of consciousness

"In addition to the question of the genesis of the universe, the search for consciousness is the utmost striving of the human mind for knowledge", notes Rainer Holbe (77) in his book "Hidden Realities". In this he summarizes the experiences from his countless radio and television broadcasts and the more than 30 books. Holbe began his journalistic career at the "Frankfurter Rundschau", moderated for the ZDF the legendary "Starparade" before he worked for Radio Luxemburg and the later RTL television. There, together with program director Frank Elstner, he developed the format "Incredible Stories", in which he sought for apparently paranormal processes according to scientific explanatory models.

Holbe has received numerous awards for his publicity, among others at the University of Bern with the prestigious "Swiss Prize", as well as on the TV with the "Golden Camera". An interview with the Nobel laureate Sir John Eccles - author of the book "The I and his Brain" - brought him to a track, which he still follows today: the search for consciousness. "It allows us insights like: I am, I know I am, and I know that I know I am," says Holbe.

The nomination criteria are as follows:


Who: Persons or organisations demonstrating a holistic and sustainable approach to what they do.
What: Ethical conduct and innovative (future) concepts for mankind and the environment.
How: Development work, creating awareness, educational measures and publications.


The jury combines beneath Dr. Ruediger Dahlke, Wolfgang Maiworm (Congress and Seminarplaner) and Thomas Künne (Astrologe, Author) experts from civic society, politics, economics and the sciences. All of them have worked on advancing and developing society and all have approached raising an awareness for consciousness. Could there be anything more important than uniting education and science while at the same time continuing to disperse the idea of the MIND AWARD as it was originally intended?

The independent jury is supported by an interdisciplinary council representing all of the sciences and all political directions.

The MIND AWARD functionaries and committees comprise appointed advisory boards, jurors and often high-profile, recognised ambassadors whose profession aligns well with the goal of the award and its purpose.

The MIND AWARD was initiated in 2009 and started out with one jury award and additional special awards. Since 2014 (and within the realms of given possibility) special awards are awarded in the four categories that have evolved over time: awareness, education, science and art (culture).

The special award is awarded at the discretion and recommendation of the jury for special achievement or for a life’s work. It is not always easy to keep categories separate and this is partly the idea — after all, the work of those nominated is often very multifaceted.

The award ceremony is most often held as part of a high profile event with media involvement.