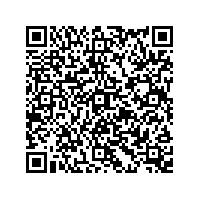 "To meet our ambitious targets we will need a globally-agreed approach covering the areas of technology, operations, and infrastructure as well as positive market-based- measures. Everyone-including Europe-agrees that the solution must be a global agreement through ICAO at the 2013 Assembly. But Europe's unilateral and extra-territorial inclusion of international aviation in its emissions trading scheme from 2012 is creating discord when we need harmony," said Tony Tyler, IATA's Director General and CEO.

Tyler's remarks were made in his keynote State of the Industry address at the start of the 68th IATA Annual General Meeting and World Air Transport Summit in Beijing, China.

The global air transport industry is committed to three sequential goals to manage its 2% share of global manmade carbon emissions. These are:

- To improve fuel efficiency 1.5% annually to 2020
- To cap net emissions from 2020 with carbon-neutral growth
- To cut net emissions in half by 2050 compared with 2005 levels To achieve these ambitious goals the industry is pursuing a four-pillar strategy based on more technology investments, efficient infrastructure, better operations, and globally agreed positive market measures, ideally a single, global mechanism to offset some emissions.

"To meet our ambitious targets we will, at least initially, also need globally-coordinated, positive market-based measures. The extra-territorial EU Emissions Trading Scheme (EU ETS) is not a stepping stone on the way. It's a polarizing obstacle that is preventing real progress. Our host country, China, is at the forefront of the opposition to the European ETS. Its carriers are forbidden from participating," said Tyler.

"Sustainability should unite the world with common purpose, not divide it with affronts to sovereignty that risk a trade war, a war that nobody wants and from which no winner can emerge. Certainly no airline-European or otherwise-should be a target for retaliation because European governments are acting extra-territorially," said Tyler.

"There is, however, common ground. Everyone-including Europe-agrees that the only real solution is a global agreement through ICAO at its 2013 Assembly. Such an agreement, however, is impossible under current conditions. Europe seems more committed to implementing its ETS unilaterally than to sincerely negotiating a multilateral agreement. For Europe's international counterparts it's like being asked to negotiate with a gun to their head. Nobody can deny Europe the credit for moving sustainability up the global agenda. States are focused on the issue as never before. The onus is now on Europe to seize the moment, take a credible action to defuse the situation, and get on with finding the global solution that everybody is hoping for," said Tyler.

ICAO is currently working on four options for a single, global market-based measure for international aviation. These are:

These options are being developed for review by the Council of ICAO with a view to agreeing to one of the options at the next ICAO Assembly of member states in the autumn of 2013.

"We are very encouraged by the recent progress at ICAO," said Tyler. "For the first time there will be concrete proposals on the table for states to consider. It is vital that agreement is reached at the next ICAO Assembly so that industry and government can proceed together to tackle the challenges of climate change and achieve the ambitious goals that we have set."