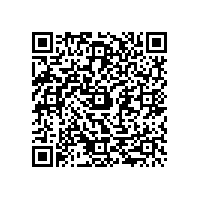 (lifePR) ( Frankfurt am Main, 30.06.10 )
.
- Airline share prices up 7% so far this year as investors take a positive view of airline prospects;
- First quarter financial results improve to breakeven or better in most regions except for Europe;
- Fears of double dip recession in developed economies slowing trend rise in jet kerosene prices;
- Strong post-recession rebound in air travel and freight back on track in May, after April disruptions;
- Load factors back to highs and average fares rising significantly, though still down on pre-recession peaks;
- Aircraft utilization still low yet fleet expanding as deliveries continue and aircraft coming out of storage.

Airline share prices rebounded in the past month as business returned to normal following the April disruptions in Europe. European airline share rebounded 10% but remained 11% below pre-ash plume levels and 6% down on the year so far. By contrast US airline shares have been stable recently, are 20% up on the year, and have recovered 50% of their 2007-09 decline.

Clearly financial markets think airlines in different regions face very different prospects this year. But worldwide airline share prices are 7% up on the year so far. Since the FTSE Global All-Cap index is 6% down this indicates that investors are taking a positive view on global airline financial prospects.

First quarter financial results improve in most regions except for Europe

With many of the larger airlines now having reported Q1 results there is a more robust picture of improvement in financial performance. The sample of 62 major airlines showed almost breakeven at the operating level, compared to a US$3 billion loss last year. However, little improvement is evident for European airlines.

For the past nine months fluctuations in fuel prices appear to be growing. The sharp upward trend of early 2009 seems to have become less steep, but it remains in the upward direction. Whether or not austerity budgets in Europe and fears of a 'double dip' recession in the developed economies stop or reverse the trend increase in fuel prices remains to be seen.

By late June jet kerosene prices - measured by the Platts/IATA basket - were back above US$91/b, almost US$10 higher than a month earlier but not far from January levels.

The April disruptions with European airspace closures clearly obscured a continuing strong post-recession rebound in both air travel and cargo. Compared to a year earlier air travel volumes were 11.7% higher in May and freight was 34.3% higher.

There are wide geographical differences, with Europe weak in particular. The business inventory boost to air freight is also coming to an end. Nonetheless, there seems considerable momentum driving air transport demand into 2010H2.

These capacity increases are lower than the corresponding increases in demand. However, the rise in capacity since November has in fact matched the rise in demand. Published schedules suggest a similar capacity addition in the next 6 months.

May always sees a seasonal dip in business and load factors, but this year this was offset to some extent by the rebound from the April disruptions. The average passenger load factor on international markets was high compared to previous years in May, and just under 79% when seasonally adjusted.

However, aircraft utilization is not as high as seat utilization. Single aisle aircraft daily hours are still around 5% down on pre-recession levels, while the twin aisle average is 7-8% down.

Moreover, freighter daily hours utilization also seems to have improved and returned to pre-recession levels. With twin aisle deliveries down from 2009 levels, the threat of excess capacity dampening the recent yield improvement appears to be less in the freight than in the passenger markets.

Average fares on international markets are now rising significantly. Premium fares were up 16.4% in April over the previous year, while average economy fares were up 7%. Higher load factors have tightened supply-demand conditions on many markets.

However, whereas air travel and freight volumes are now above pre-recession levels this is not true for fares. Premium fares were still 15% down in April, while economy fares were 10% below their pre-recession peak.

Fleet expansion starting to accelerate as aircraft taken out of storage

So far the threat of excess capacity has been kept at bay by the strength of the post-recession rebound in demand. Increases in capacity have been more than soaked up by increased air travel and freight. However, the 106 aircraft being taken out of storage in May, with little increase in retirements, shows that tight supply-demand conditions and improving yields may not persist.

The pace of new aircraft deliveries slowed a little in May to 93 but that was more than offset by the surge in the number of aircraft being taken out of storage. When coupled with low utilization this shows that it is quite easy for capacity to return at a relatively fast pace, at least in the passenger market. If demand continues to rise at current rates this may not be a problem, but if economic and transport demand slows in the second half of this year the yield environment may not be so strong.