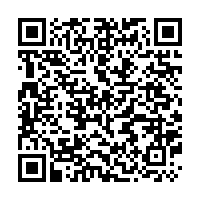 "Cargo is the story of the month. Since mid-year the market has shrunk by almost 5% and this is far greater than the 1% fall in world trade. Air freight is among the first sectors to suffer when businesses confidence declines," said Tony Tyler, IATA's Director General and CEO. While business confidence has declined considerably in recent months, industrial output has not. But in anticipation of weaker economic activity, there is a shift to cheaper and slower modes of transport.

In stark contrast to the decline in air freight, the trend for air travel remains upwards, but with very strong regional differences. Despite the deepening euro-zone crisis European carriers have showed above trend demand growth of 6.4%. "With Europe accounting for 29.2% of global air travel, this suggests that the current overall strength in air travel is based on fragile foundations," said Tyler.

International air travel showed 4.6% growth over October 2010. This is in line with an overall upward trend, albeit at a slowing pace. International passenger load factors stood at 77.6%, down from the 79.5% recorded at the same time last year.

- North American carriers saw international passenger traffic decline by 1.9% while capacity was almost the same levels compared to the previous October. One of the main drivers for the decline in traffic is capacity cuts by US carriers. International load factors stood at 80.1%, second only to Europe at 80.2%.

- European carriers reported a 6.4% increase in international passenger traffic, below the 8.1% increase in capacity. The load factor of 80.2% was the highest among the regions. Half of all growth in capacity and traffic carried on international markets over the past year has been generated by European airlines. Despite the euro-zone crisis, the North Atlantic and intra-European passenger segments have been the strongest performers over the past year. The driver of this performance is most likely businessrelated travel generated by the strong export performance of the Northern European economies.

- Asia-Pacific carriers reported a 3.8% increase in demand against a 7.5% capacity expansion resulting in a load factor of 75.2%. While Asia-Pacific airlines benefitted from the fast growth of Asian exports in the immediate post-recession recovery, in the past year, European exporters took the lead in export growth on the back of a weak Euro.

This is one of the causes of the relatively weaker performance of Asia-Pacific carriers compared to their European counterparts.

- Middle East airlines reported the strongest growth in demand (7.7%) against a capacity increase of 9.5%. Load factors stood at 74.8%.

- African airlines reported a 4.2% increase in demand, below the 5.9% growth in capacity. Load factors were the weakest among the regions at 68.2%.

Markets Domestic passenger markets grew by 2.0% compared to October 2010. Capacity growth in domestic markets outstripped this rise, showing a 2.4% increase over the previous year. This is in line with the long-term growth trend for domestic markets of 2.0%; however it is well below the 8.0% growth experienced during the post-recession recovery.

- US airlines cut capacity on domestic markets by 1.1%. Weak consumer confidence saw demand decline by 0.9%. US airlines reported the strong load factors of 83.6%.

- Japanese domestic traffic has not yet recovered from the impact of the March earthquake and tsunami. October demand was 10.0% down on previous year levels while capacity had been cut by 8.8%. While the market has regained ground from the initial shock (which saw demand fall by more than a quarter), demand remains 7% below February levels.

- Chinese domestic traffic grew by 8.4% over previous year levels, slightly below the capacity expansion of 8.8%. Load factors stood at 83.1%. This is an increase of 8 percentage point in the utilization levels achieved only three years ago, and has played an important role in improving the profitability of Chinese airlines.

The confidence of purchasing managers in the manufacturing sector has fallen to its lowest level since 2009. This loss of confidence appears to have caused shippers to switch some transport needs to slower and cheaper sea options to the detriment of air freight which showed a 4.7% decline in October compared to the previous year.

- Airlines have responded to weaker demand by cutting their freighter fleet. But this has not stopped a steady and substantial five percentage point fall in freight load factors compared to their early 2010 peak owing to capacity entering the market via wide-bodied passenger aircraft.

- Asia-Pacific carriers account for about 40% of global freight markets and while they are the most exposed to the volatility of freight volumes, they are still benefiting from the dominance of trade flows to Asia. In October they posted the highest freight load factor (58.8%), a full 12.3 percentage points above the global average of 46.5%. This is a result of strong outward flows of freight from Asia which dominates the air cargo business.

"As we enter the year-end period, we are reminded of the vital role that aviation plays in our globalized world. Families and friends will reunite. Holiday gifts will be exchanged across countries and continents. Valuable tourism dollars will be spent in every corner of the planet.

And critical climate change discussions will be held in Durban. Much of this is facilitated by efficient air links that have turned our planet into a global community," said Tyler.

Aviation supports 33 million jobs. And trillions of dollars of economic activity are supported by air transport's connectivity. This year more than 2.8 billion people and 46 million tonnes of cargo are expected to be transported by safe and efficient air links.

"The economic prospects for 2012 are uncertain, but the track record of aviation's ability to act as a catalyst for economic activity is rock-solid. Now is the time for governments to use aviation strategically in their efforts to put economies back on track. Implementing a Single European Sky, delivering NextGen air traffic management in the US and supporting the commercialization of sustainable biofuels for aviation are examples of government action that would generate jobs, improve environmental performance and help secure the industry's long-term success and economic benefits," said Tyler.