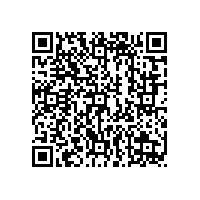 News abonnieren
(lifePR) ( South Victoria, 04.07.12 )
Tiffany Cromwell took her biggest win to date, soloing to victory on the fifth stage of the Giro Donne. Crossing the finish line in Molinella 8:33 ahead of the bunch, Cromwell has shot up to fifth place on the overall classification.

"I honestly thought it was a day for the sprinters," said Tiffany Cromwell. "But I saw an opportunity and took it."

On paper, the pancake flat profile favored the fast finishers. Without a pure sprinter among their team of eight, ORICA-AIS did not want to leave the stage result to the finish.

"We know we have one of the strongest teams here, but we lack a sprinter that can compete with the top sprinters in this field," said Sports Director Dave McPartland. "So, we decided we would send some of the girls up the road and use our numbers as our strength."

The opening kilometers of the 128 kilometer stage featured narrow roads.

"We spent the first 20 kilometers on the attack," McPartland explained. "We thought this was our best chance because the roads were narrow. None of our moves stuck. Tiff attacked just as the road started to widen. No one went with her. That surprised me."

The peloton sat up slightly with Cromwell up the road. Cromwell's advantage swelled as she powered on towards the finish.

"I was really hoping someone would have come with me," noted Cromwell. "I tried a few attacks and didn't get anywhere. I tried one last time and got a gap. When I looked behind me, I saw they had sat up and were letting me go. The gap just kept growing, and I realized it was going to be long day alone out front."

With 25 kilometers left to race, Cromwell had 12:40 on the field and had moved into virtual pink.

"When I had nearly 13 minutes on the field, I realized that I was going to get the win barring any sort of major unexpected incident," said Cromwell. "I also knew there was no way they were going to let me take the race lead, so I expected they would pick up the chase."

As anticipated, the peloton increased its speed as it barreled towards the finish. Giorgia Bronzini (Diadora - Pasta Zara) won the bunch sprint for second, 8:33 down on Cromwell. Claudia Häusler and Judith Arndt finished with the main bunch to maintain their general classification positions to give ORICA-AIS three riders in the top-ten overall with four stages left to race.

"Tiff deserves this win," said McPartland. "She chips away and then chips away some more - almost always for a teammate. She's gone through a lot of hard times in the last couple years, and I'm thrilled to see her finding her place on this team and in the professional peloton."

"I haven't had a win for quite awhile, and it's a pretty awesome feeling to get one," added Cromwell. "It's nice to finally be back up here. There are so many girls on this team that can win races, and it's nice to be able to contribute to that as well. I'm happy to take one for the team. We're racing strong here, and it's great to have something tangible to show for our efforts."