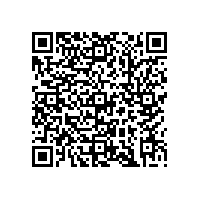 Since the creation of the first FWT Club in 2012, progressive ski schools from across Europe are eager to update and modernize the range of classes they offer by incorporating these educational freeride classes

(lifePR) ( Lausanne, 09.12.14 )
Following the success of the first FWT Club programs and the introduction of the Innovation Prize, the number of FWT Club applications by ski schools around Europe has more than doubled from 2014 to 2015.

The FWT Club concept is a collaborative project between the Freeride World Tour (FWT) and ski schools to share and transfer our freeride expertise to young skiers and snowboarders and passionate adults alike. The FWT Club programs are designed and approved by the FWT but offered directly by the local ski schools with the purpose to increase mountain safety, awareness and skills. Essentially, the FWT helps ski schools design the ideal freeride course, combining the techniques that are integral to freeriding such as racing and freestyle, but also basic safety and mountain skills.

The FWT also provides a network of people who can share their experiences and opens the door to integrate local pro riders to be star guests on the course. By sanctioning the course with its name and logo, The FWT guarantees not only a qualitive educational process, but also a brand and visibility that is apealing to customers.

The result is an educational path to the world of freeriding which has been hugely successful, first in Switzerland and now spreading across Europe.
http://www.freerideworldtour.com/FWT_Club_Presentation.html

The first FWT Club was formed in Verbier in 2012 in collaboration with the local ESS (the Swiss Ski School) branch. They recently received an innovation prize for adding this new product to the ski school.

The Director of the ESS branch in Verbier, Philippe May (SUI), says that "The FWT Club fills a gap in our product line to skiers who already have a good level - and also to young skiers who find the traditional programs too... well, traditional."

Last year they had 25 children on the seasonal program and they ran one group of 8 skiers each week in the high season. He suggests other ski schools take advantage of the structure now tested and in place with a manual and directions.

"This is not about distinguishing ourselves as a ski school. It's about modernizing the ski school and having products to offer those who don't find themselves in the traditional programs. With this type of product we can be feeding off each other's success as it gets established in ski schools all around. People will know what it is and they'll be asking for it."

In the Pyrenees Mountains, the resort of Grandvalira, Andorra, - which is also the host of this season's Freeride Junior World Championships - has long been showcasing itself as a freeride resort.

As part of this strategy and with safety always in mind, Grandvalira set up the "Freeride Center", a section of the ski school dedicated to the off-piste specialty, during 2013-2014. The Freeride Center of Grandvalira has just been approved as an FWT Club, making it the first ski school in the Pyrenees to receive this internationally recognized freeride label.

Grandvalira's Director of Marketing, Alfonso Torreño (SPA) explains the value of associating the local Freeride Center with the international FWT brand from a marketing perspective: "Firstly, we wish to highlight the fundamental values of teaching freeride from the start; and secondly, together with hosting the Freeride Junior World Championships 2015, the FWT showcase represents a major opportunity to reinforce our brand across international markets."

A structured initiation to competition

As a new development this year, 1 or 2-star freeride junior competitions will be organized by some FWT Clubs in order to give new freeriders the opportunity to enter their first freeride competition.