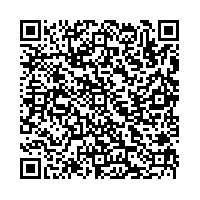 (lifePR) ( Hamburg, Germany, 08.11.13 )
Evotec AG (Frankfurt Stock Exchange: EVT, TecDAX, ISIN: DE0005664809) today announced a collaboration with the Johnson & Johnson Innovation Center in California to identify new targets for Alzheimer's disease drug discovery and development. Under the terms of the agreement, Janssen Pharmaceuticals, Inc. ('Janssen'), a member of the Johnson & Johnson family of companies, and Evotec will work together to discover and develop novel treatments for Alzheimer's disease.

Termed TargetAD (Alzheimer's disease), the collaboration will seek to identify new drug targets for discovery of novel treatment approaches to Alzheimer's disease ('AD'). Janssen will fund target discovery research via a combination of defined research payments and progress-related milestones over the next three years.

Janssen will have the opportunity to internalise selected targets and therapeutic candidates from the TargetAD database and progress them into pre-clinical and clinical development. Janssen will reimburse up to $ 10 million in FTE-based research costs and make pre-clinical, clinical, regulatory and commercial payments up to a maximum of between approximately $ 125 million to $ 145 million per programme upon achieving agreed-upon milestones. In addition, Evotec will receive royalties on future sales of any products that may result from the alliance.

Evotec's proprietary TargetAD database provides a unique source of potentially novel Alzheimer's disease drug targets derived from the analysis of dysregulated genes in high-quality and well-characterised human brain tissues representing all stages of disease progression as well as control tissues from non-demented subjects. Identifying new targets for drug development based on disease pathology may have the potential to impact the disease at its earliest stages, resulting in greater therapeutic benefit to patients.

Dr Cord Dohrmann, Chief Scientific Officer of Evotec, added: 'The TargetAD alliance provides a systematic and comprehensive approach to the discovery of novel drug AD targets which leverages Evotec's strength in neuroscience discovery with Janssen's pre-clinical and clinical drug development capabilities for the discovery of novel treatments for Alzheimer's disease.'

ABOUT EVOTEC'S TARGETAD DATABASE
The TargetAD database is a customised system providing unique information on the link between molecular and cellular changes in brain tissue with AD progression. This database was set up in a multi-year research programme, applying histological, cellular and in vivo target validation procedures. The database provides a strong foundation for systematic collaborative target validation and compound discovery programmes.

ABOUT ALZHEIMER'S DISEASE
Alzheimer's disease (AD) is an irreversible, progressive brain disease. It slowly destroys brain cells and nerves and thus disrupts the transmitters which carry messages in the brain, particularly those responsible for storing memories. The disease is named after the German psychiatrist and neuropathologist Alois Alzheimer who described the first case of presenile dementia. The cause and progression of AD are still not completely understood. Conducted research indicates that the disease is associated with plaques and tangles in the brain. In the course of AD, the brain shrinks as gaps develop in the temporal lobe and hippocampus, which are responsible for storing and retrieving new information. Like other chronic conditions, scientists believe that AD doesn't have one predominant cause but is rather a complex result of various factors. At the moment, there is no cure available for AD and most other causes for dementia. Current treatments only tackle the symptoms of the disease. According to the World Alzheimer Report 2012 published by Alzheimer's Disease International, there were 36 million people diagnosed with dementia in 2010 worldwide. Approximately 7.7 million new cases of dementia are diagnosed each year. Concerning the dementia market volume, $ 604 bn were spent on the treatment of dementia in 2010. All in all, these costs equal about 1% of the world's GDP (average of GDP from countries worldwide).