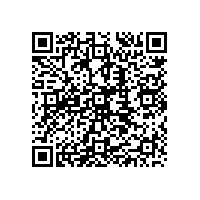 Inspired by a courageous adventurer and legendary role model

(lifePR) ( Grenchen, 15.12.14 )
In 2014 Eterna write another chapter in the success story that has its roots in 1947 with an adventurous Pacific Expedition. The new models to join the KonTiki watch range that has been sought after for decades, are distinguished by a contemporary interpretation of aesthetics, but which certainly lack nothing of their legendary predecessors' robustness, reliability and precision. A distinct sporting air distinguishes the new KonTiki chronographs, whose stainless steel case is available in either polished and satin finish or with a black PVD coating.

KonTiki. This name stands for the courage and resolve of the Norwegian archaeologist and ethnologist Thor Heyerdahl. The 32 year old, as he was at that time, put to sea in 1947 with five further scientists on a simple raft made from balsa wood - named after Kon-Tiki an Inca sun good - leaving from the coast of Peru and heading out into the Pacific Ocean. In a daring personal experiment, he wanted to show that it was technically possible for the pre-Columbian Indians of South America to have settled Polynesia with the help of the Humboldt current and the trade winds. In fact Thor Heyerdahl and his crew reached the Polynesian atoll of Raroia after 101 days and nights on the high sea, covering around 8000 kilometres. During the adventurous journey the explorer relied on his particularly waterproof and robust timepiece from Eterna for manoeuvring and for decisions, upon which the survival of the crew and the success of the expedition depended. This proved itself to be an indispensable and constantly reliable navigation aid and survived the journey without being damaged by the seawater, humidity or temperature variations.

Before his expedition, Thor Heyerdahl approached the Grenchen manufacturer as they were already internationally renowned for the extreme reliability and precision of their timepieces. Alongside the development of first-class quality movements, Eterna had been working on the design of waterproof watch cases since the 1930s in order to provide the precious mechanics with optimum protection from water ingress and the damaging influences of temperature fluctuations.

Eterna allowed these early intensive efforts as well as the knowledge yielded by the successful expedition to influence the further development of their sports watches. In 1958 Eterna launched the KonTiki models into the market as a reminder of Heyerdahl's courageous sea journey. These quickly rose to become the standard for extreme sportiness, absolute reliability and precision, robustness and durability. The first dual dial versions of the new automatic watch already exhibited a stylistic element that would become established as an unmistakable distinguishing feature of the KonTiki line: the striking, perfectly legible, luminous triangles in the form of a compass needle.

These triangular indices are of course also retained in the KonTiki models to be launched in 2014 as typical distinguishing characteristics of this range of watches, although more discreetly implemented, moved to the inner edge of the hour annulus. This new interpretation of the renowned compass needle shaped markings contributes significantly to the contemporary and minimalist design style that characterises the face of the new KonTiki Date, KonTiki Four Hands and KonTiki Chronograph. The large hour markers with light points, the functional minute divisions and the distinctive minute hand and hour hand coated with white Superluminova, ensure prefect legibility even in unfavourable conditions.

More than anything else, the KonTiki Chronograph is a symbol for precision in sports. Here, the familiar triangular indices are skilfully integrated into the clearly placed sub-dials for the hours at 6 o'clock, for the minutes at 12 o'clock and for the small seconds at 9 o'clock. A date window at 4 o'clock completes the displays for this new automatic chronograph.

Thanks to a clearly designed, wide bezel as well as striking strap lugs, the 42 millimetre wide stainless steel case, waterproof to 200 metres, distinguishes itself as expressive and robust just as lovers of the authentic KonTiki would expect. Nonetheless, flowing lines and balanced proportions ensure that a harmonious and cohesive entity is formed. The case can be selected in a characterful interplay of polished and satin sections or with a black PVD-coating. A medallion with Heyerdahl's raft on the screwed case back serves as a reminder of the expedition from which the famous name comes. The strap, which combines black rubber and brown alligator leather in a new and exciting way, places the newly interpreted aesthetics of the KonTiki Chronograph fully in the limelight.

Summary: The new models of the KonTiki line, which has enjoyed decades of success, also impress as reliable companions to adventurers and individualists who forge their own trails and consistently pursue their own goals just as Thor Heyerdahl did before them.

Eterna has been producing mechanical watches of the highest quality whilst following the traditional watchmakers' art since 1856. Eterna's workshops have introduced numerous significant developments stretching back over their 150-plus year history. Pioneering innovations such as the ball-bearing mounted Eterna Matic rotor or the first wristwatch with an integrated alarm function have come from the house of Eterna. Another milestone is the earliest developed ball-bearing mounted mainspring barrel, the Eterna Spherodrive, which set a new standard for quality and long life for a mechanical movement. Eterna is one of the few manufacturers that integrate new ideas and high quality materials into their traditional handcraft. In this way Eterna continues to strive to find new and surprising solutions for the centuries-old challenges of the watchmakers' art.