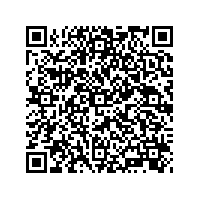 The GCB has been marketing Germany as a congress, meeting and event loca-tion since 1973. Its 250 members include leading hotels, congress centers and host cities, car rental agencies, event agencies, as well as service providers from the German meeting and convention industry. One of the goals of the partnership between GCB and the convention bureau DÜSSELDORF is to increase its pres-ence at the three leading industry trade fairs: IMEX Frankfurt (May 22-24), IMEX America in Las Vegas (October 9-11) and EIBTM in Barcelona (November 27-29). In addition, the convention bureau DÜSSELDORF has begun advertising prominently on the umbrella organization's web site, newsletter and client news-paper.

"The convention bureau DÜSSELDORF was established based on a concept developed jointly by Düsseldorf Marketing & Tourismus GmbH (DMT) and DüsseldorfCongress Veranstaltungsgesellschaft mbH to provide a centralized platform for the meeting and congress industry in the capital city of North Rhine-Westphalia, Düsseldorf. We achieved this goal extraordinarily well. Thanks to the convention bureau, DMT's and DüsseldorfCongress's existing activities in the convention market were effectively bundled together, offering those interested an unmistakable central source of options. This has proven to be a valuable com-plement to Düsseldorf's own marketing as an attractive city in which to do busi-ness. Now we want to make use of GCB's good contacts and platform to attract even more world-class conventions and events to Düsseldorf," explains DMT's managing director Dr. Eva-Maria Illigen-Günther.

"Over the past years, Düsseldorf has established itself as one of the leading ci-ties in the German event market. Many high-profile congresses have been hosted by the North-Rhine Westphalian capital. We are optimistic that our partnership with GCB will enable us to position ourselves on the market even more intensive-ly in the medium and long term and make Düsseldorf an even more popular des-tination in the German and international meeting industry," adds Hilmar Guckert, management spokesperson of DüsseldorfCongress.

The convention bureau DÜSSELDORF was founded in April, 2008 and celebrat-ed its official kick-off during the IMEX Frankfurt. The institution was set up colla-boratively by Düsseldorf Marketing & Tourismus GmbH and DüsseldorfCongress Veranstaltungsgesellschaft mbH. The core objectives of the joint project include actively marketing the city of Düsseldorf as a German and international congress destination. The institution manages complex applications for large-scale con-gresses and offers competent and comprehensive services. The convention bu-reau team helps event organizers choose the ideally suited event location, re-serve hotel rooms, and provides advice on organizing additional activities during the congress. For detailed information about what makes Düsseldorf such an attractive place to hold your next event, please see www.convention-duesseldorf.com.