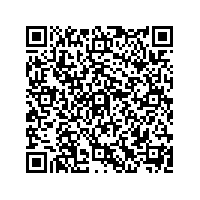 News abonnieren
(lifePR) ( Copenhagen, 29.07.10 )
This year from September 21st to 26th, the largest photography trade fair in the world, which takes place every two years in Cologne, will provide the perfect backdrop for presenting the outstanding work of the 2009 Hasselblad Masters: Inspired by the theme of "Emotion", the ten winners have produced some exceptional photography. The results will be presented as part of a large exhibition and in the form of an elaborate book "Hasselblad Masters Vol. 2 - Emotion".

"These images immediately knocked me out in so many ways: through their creative originality, passionate execution and technical perfection", says Christian Nørgaard, Photographer Relations Manager at Hasselblad. "During the Masters competition, the ten winners prevailed despite a strong challenge from almost 3,000 photographers from all over the world. I was therefore hoping for a great deal from each series that they had created for the Hasselblad Masters illustrated book. However, the results still completely surpassed even my wildest expectations."

All those who would like to take a closer look at each extremely distinctive series can either browse through the book or visit the large Hasselblad Masters exhibition at the photokina trade fair: from September 21st to September 26th, the completed works will be on show in the Visual Gallery in Hall 1. Across an exhibition area spanning 250 square meters, highquality, largeformat prints of the "Emotion" images will be on display - sponsored by HP, Broncolor, Hahnemuehle and SanDisk. This platform will allow an international audience of almost 200,000 photokina visitors to enjoy these extraordinary photographs.

As well as his "Emotion" series, other photographs by Stephan Zirwes, the German winner in the Architecture category, are also waiting to be discovered in the Visual Gallery at photokina. Directly adjacent to the Hasselblad Masters exhibition, Zirwes will be showcasing a series of images that he has called "DNA". These aerial photographs provide stark evidence of the impact of humanity on the world and were all taken with Stephan's H3DII-50. Pictures taken by another Hasselblad photographer will also be presented in the Visual Gallery by the German edition of "National Geographic" magazine as part of an exhibition titled "The Dolomites - The Stony Heart of the World". In 50 images replete with primeval strength, Georg Tappeiner, a photographer from Merano, used his H3DII-50 to capture this World Heritage Site unique in landscape and history. Following its premiere at photokina, this exhibition will tour throughout Germany over a period of approx. two years.

First held in 2001, the Hasselblad Masters Award is now regarded as one of the photography industry's highest international accolades. Presented annually, the award honors photographers from around the world. Winners in previous years include such famous photographers as Anton Corbijn, Patrick Demarchelier and Albert Watson.

Since the 2008 competition, there have been ten categories for which photographers can submit their entries: General, Architecture, Product, Landscape, Fine Art, Upand-Coming, Portrait, Editorial, Wedding and Fashion. For the 2010 Masters competition (closing date: December 31st, 2010) participating photographers will be able to enter their work in the newly introduced eleventh category of "Wildlife".

Since 2009, the general public has been able to vote online for their preferred finalist. The result of the public vote is taken into consideration as a single vote during jury deliberations.

The ten prizewinners from 2008 were the first to each complete a series on a theme designated by Hasselblad for the Hasselblad Masters illustrated book. The first Masters volume, themed "Passion", was published by the teNeues Publishing Group (further information and details on how to order are available at: www.teneues.com).