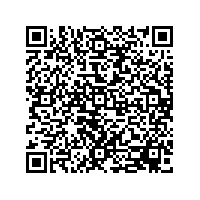 (lifePR) ( Bonn, 19.06.12 )
How is plastics recycling organized in Spain and what are the challenges for the country? These were the central questions regarding this year's partner-country Spain, which formed one of the main topics of the 15th International Conference on Recycling of Plastics organized by the German Federal Association of Secondary Raw Materials and Waste Management (bvse). Experts from recycling companies and organizations in Spain provided the more than 400 participants with an overview of plastics recycling in their country and exchanged experiences with representatives of the industry in Germany.

Ban of Landfill Requires Further Development of Recycling Structures In all economic sectors in Spain, about 2.21 million tons of plastic waste are produced while 2.84 million tons of plastics are marketed. Between 1996 und 2010 the recycling rate has risen from 7 to 29.2 percent and slightly exceeded the EU target of 22.5 percent. This puts Spain on the ninth place compared to other members of the EU, Alberto Caldeiro Jiménez explained. He works for Cicloplast, an organization which brings together companies of the plastics industry and develops recycling solutions. The main markets for recycled plastics are pipes (26 %), rubbish bags (11%), films and bags (23%), bottles and drums (5%), industrial pieces (15%) and furniture, hangers and shoes (20%). But still 60 percent of plastic waste is landfilled. Caldeiro criticized that in Spain, waste too often follows the cheapest way and demanded for a ban on landfill in order to strengthen the recycling infrastructure further. He admitted that this could not be implemented from one day to the next because for the present there is a risk that energy recovery instead of recycling would benefits from that. Therefore the country needed some more time and careful action. The General Manager of the bvse, Eric Rehbock, assured Caldeiro of his association's support in developing strategies towards a landfill ban.

Nationwide Separate Collection of Plastics from Households
In Spain, the recycling of packaging is funded by the manufacturers. The non-profitorganization Ecoembes is the only company responsible for licensing packaging with the Spanish Green Dot. Ecoembes has established a management system for the separate collection and the recycling of packaging made of paper, metal and plastics, which covers more than 12,100 companies. These include packaging manufacturers, distributors of packaging, raw material suppliers and recyclers. Mercedes Gómez of Ecoembes demonstrated that this system accumulates about 706,500 tons of plastic waste from households every year and 98 percent of the Spanish population has access to separate collection via a yellow bin. In addition, there are complementary collections in public places and at events. With a recycling rate of nearly 50 percent for plastic packaging, Ecoembes surpassed the EU target in 2011 and gained the fifth place after Belgium, Austria, Germany and the Czech Republic. Ecoembes is currently working on new applications for recycled plastics. Due to a ban that was abolished two years ago, the use of recycled plastics for food packaging has great potential in Spain, Gómez believes.

More Recycling of Plastics from Agricultural Applications
In addition to the plastics from households, the recycling of agricultural plastics, particularly films for greenhouses or fields, is of increasing importance in Spain. Every year, of the approximately 203,000 tons of agricultural plastics used, 172,000 tons are collected as waste. From 2015 on, the market participants are required to achieve a collection rate of 100 percent, especially in Andalusia, where 75 percent of the agricultural plastics are used. Cicloplast is currently developing a system that allows producers, converters, distributors and farmers to fulfill their obligations and prevent an eco-tax on these products. Challenges in the recycling of agricultural films are the high heterogeneity of the material flow, lack of markets for recycled materials, thin raw materials and the high organic contamination, Caldeiro explained.

The use of biodegradable plastics in agriculture, which are plowed in after harvest, is being tested as well. The results are not yet satisfactory, since the materials need very stable conditions for the composting which are rare in nature.

Innovative Ideas for Plastics Recycling in Spain
In order to advance plastics recycling in Spain, organizations such as Ecoembes and Cicloplast as well as companies like Zicla or Aimplast - additional guests at the Conference - work on new applications for recycled materials. Zicla's innovative traffic separators for cycle tracks came second in the 2011 competition for the best recycling product in Europe und and contribute to road safety. With several pilot plants Aimplast is a researcher for high-quality processes for recycling.

According to Caldeiro, films and mixed plastics are currently a particular challenge for recycling because they are often hard to be recycled in an economical and ecological way. Therefore, Ecoembes, Cicloplast and Plastics Europe explore ways to use films from households and from the agricultural sector in combination with bitumen for road construction. A field test showed that properties of the road surface, e.g. elasticity, weather resistance and rutting had improved. Caldeiro emphasized that this is a first step towards finding new applications for materials that would otherwise be landfilled. However, the industry representatives asked to consider that by this application, plastics are withdrawn from the material cycle.

For mixed plastics Spanish recyclers see a growth potential in the market for plastic lumbers. A challenge is the mixture of different polymers and the contamination of materials. In this context the project "Prowaste" intends to advance product design and processes in order to achieve a more efficient recycling of plastic waste.