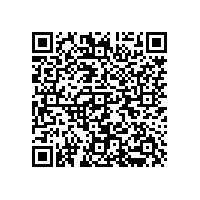 Sales revenues of the established business, amongst others with the Baldessarini, Pierre Cardin and Pioneer Authentic Jeans brands increased by 1.6 percent or EUR 3.6 million from EUR 228.7 million to EUR 232.3 million. Apart from the positive trend of the continued activities, Group revenues were influenced by two special effects. Due to the discontinued business activity of Gin Tonic and the discontinuation of business with the last remaining large private label customer, sales revenues declined by EUR 7.7 million as had been expected. As a result, total sales revenues in the fiscal year 2015/16 declined by a total of EUR 4.1 million or 1.7 percent to EUR 237.8 million (previous year: EUR 241.9 million) in spite of the growing continued activities.

Own Retail and eCommerce revenues up

Our own Retail segment increased its sales revenues by a 5.3 percent in the past fiscal year and accounted for 12.7 percent of total revenues, up from 11.8 percent in the previous year. In spite of the downward market trend, like-for-like sales also rose by a moderate 0.5 percent. In the fiscal year 2015/16, e-commerce revenues increased by an impressive 16 percent. This increase was driven both by the new Pierre Cardin e-stores, the newly launched e-shops of Baldessarini and Otto Kern, our own Pionier Workwear e-store and by the revenues generated on online marketplaces.

Group earnings up 79 percent on the previous year

The cost-cutting measures initiated in the previous year sent earnings rising sharply in the reporting period. As a result and because of lower extraordinary expenses, Group earnings after taxes increased by 79 percent from EUR 1.4 million to EUR 2.5 million. Ahlers’ EBIT after special effects also picked up by 67 percent or EUR 1.6 million from EUR 2.4 million to EUR 4.0 million.

At 57.2 percent, the equity ratio again stood at the usual high level on November 30, 2016. As a result of the slightly higher total assets and the somewhat lower equity capital, it was slightly below the previous year’s 58.3 percent.

The Management Board and the Supervisory Board propose a dividend of EUR 0.15 per common share and EUR 0.20 per preferred share to the Annual Shareholders’ Meeting, thus a 5 Cent reduction compared to the previous year (EUR 0.20 and EUR 0.25). The company intends to pay out EUR 2.4 million (previous year: EUR 3.0 million). The dividend payment will result in a dividend yield of 2.1 percent for the common share and 2.9 percent for the preferred share based on the share price of November 2016.

Baldessarini to move to Herford

Already last week the company announced that his subsidiary Baldessarini will move from Munich to the Ahlers AG headquarters in Herford until the end of 2017. There will be no changes for the brand’s retail customers, as the showroom in Munich will be maintained. The move is designed to support the cooperation in areas such as product management, retail operation, e-commerce and procurement. Today, 14 employees already work for the Baldessarini brand in Herford. All 16 employees working in Munich under unlimited employment contracts, which are affected by the move will be offered a job in Herford.

Baldessarini, Pierre Cardin and Pioneer brands expected to grow in 2016/17

In the current fiscal year 2016/17 the Management Board expects the Baldessarini, Pierre Cardin and Pioneer brands to continue growing their revenues with specialist retailers as well as own retail activities and eCommerce. By contrast, there will be no more revenues at all from Gin Tonic and the last remaining private label customer, as these activities have been discontinued. Between them, these two factors will reduce the Group’s sales revenues by EUR 5.5 million (2.3 percent of total revenues). This decline should be offset by the continued activities, which is why we expect Group sales revenues to remain stable.

Pressemitteilung Ahlers AG: Forecast for the full year 2015/16 has been met weiterempfehlen