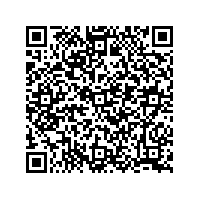 - The global economic expansion has been surprisingly strong, with manufacturing output and exports leading both emerging and mature economies out of recession. We estimate that world quarterly growth was a strong 1.2% for Q4 2009, which is significantly above the past decade's trend of 0.8%.
- Stronger growth has been mainly driven by emerging A sia, although E urope and the U.S. have also benefited from a substantial improvement in financial market conditions.
- The very open Benelux economies have benefited from a sharp rebound in global trading activity towards the end of 2009. GDP has been rising since Q3 of last year, underpinned by improved financial market confidence which has supported business sentiment and spending.
- Despite the Government stimulating car sales, consumer demand in the Benelux is however, still quite poor. New car registrations in Holland even fell by more than 20% in 2009. Consumer spending has been held back by rising unemployment.
- Consumer spending has been most resilient in Belgium so far, partly due to relatively low levels of consumer debt and the relative strength of the Belgian housing market. Moreover, whereas unemployment rates have been static in Belgium and Luxembourg, in the latter half of 2009, a rising trend remains in place in Holland, albeit from a low starting point.
- On the back of recovering economic activity and rising money supply, inflation levels have recently picked up in the Benelux. Following the inflation hike of mid-2008, sharply reduced economic activity had led to much lower inflation rates in 2009, with temporary deflation in Belgium and Luxembourg.
- The Benelux has fared relatively well through the credit crisis. Government measures have proven to be effective, having led to increased stability in the financial system, and some banks have already announced their intention to pay back capital injections received last year. The Benelux area has not been hit by the recent capital market turmoil, in relation to government finance issues, although the high ratio of government debt to GDP in Belgium poses a certain risk.

- For 2010, we expect Benelux G DP growth to rebound to 1.8%, from a decline of 4% in 2009. G rowth in Belgium and Holland is expected to be 1.9% and 1.8% respectively, and a stronger 2.8% in Luxembourg, as activity in the financial services sector rebounds.
- The medium-term prospects are weaker for the Dutch economy versus the rest of region, reflecting not only the possibility of some further correction in an highly valued housing market, but also the negative impact of banking sector losses on restrictive domestic lending.
- Belgium suffers from a high level of public sector debt, at close to 100% of GDP. However, the public sector deficit is not high in a European context and fiscal consolidation efforts are unlikely to be as damaging to growth prospects as in southern Europe. A key strength for Belgium is the low level of private debt, which has allowed domestic demand to support growth.

- The economies have shrugged off a recession and office occupier markets are beginning to pick up. Office demand in Brussels picked up sharply in the fourth quarter of 2009 and the beginning of 2010. Demand from the public sector in the Benelux is generally still weak, due to intensifying austerity programmes. Overall, net absorption rates have remained negative.
- As a result, vacancy rates are still rising, although the pace of increase is diminishing. Prime rents are stabilising, although generous incentives are still needed to attract (new) tenants. A t the end of 2009, vacancy rates amounted to 16% in A msterdam, 12% in Brussels and 5% in Luxembourg City. Vacancy levels tend to be much lower in CBD areas than in urban peripheries.
- The development pipeline in the Netherlands has been drastically reduced, while Brussels and Luxembourg are still expecting some new, speculative developments to come to the market in 2010 and 2011.

- Retail spending has remained under pressure throughout the entire region, largely due to low, but recovering consumer confidence levels, and also due to gradually rising unemployment rates. Signals of recovery are also there. In Holland spending growth in the fashion industry has re-emerged in recent months, and furniture spending has stabilised.
- Food sales volumes are generally stable, with supermarkets continuing to gain market shares from food specialty stores. Not all hypermarkets chains are faring well. Carrefour, the French hypermarket operator, recently announced a big restructuring programme in Belgium, including the closure of 21 stores, selling 27 stores to franchisees and cutting the work force by more than 10%.
- Vacancy rates in Belgium and Holland have risen sharply in recent quarters, although the absolute vacancy levels are still relatively low in comparison to the office and industrial markets. Retail vacancy tends to be concentrated on secondary and peripheral locations and in smaller towns. Prime rents are under some downward pressure, and key money sums have disappeared in most locations.

- Activity in the logistics occupier and investment markets has remained low. Transportation companies are struggling with weak trading volumes, although the situation has improved recently. Global trade volumes are recovering, however, over capacity will need to be reduced before the logistics industry can recover substantially.
- Pricing of the logistics property has improved drastically (at least for those not yet active in this market), with prime yields having risen from a low point of less than 6% to over 8% now. Rents are generally quite stable, although vacancy rates have gone up and there is substantial space available in the subletting market, not fully captured within agents' statistics.
- Promising measures to control the abundant issuance of new industrial areas have recently been introduced in the Netherlands, which is likely to lead to better occupancy rates over time.

- Sentiment among property investors has improved, particularly in the last quarter of 2009, which also saw a revival in portfolio deals. Investment volumes in 2009 in Belgium reached €1.3 billion and were 75% down on the record year of 2007. In the Netherlands, the investment volume in 2009 fell by some 46% versus 2008, to €4.5 billion, with private investors being the most active.
- Property investment appetite in Holland is gradually moving away from offices into the retail and residential sectors, both of which have more favourable, historic return and risk profiles.
- Prime yields in the Benelux have stabilised and are likely to compress in the next few quarters, partially due to the higher investment appetite for property by private and institutional investors. Leading pension fund giant A BP, recently raised its strategic allocation to property from 8% to 9%.
- Investment appetite for secondary property in the direct market has remained weak, due to concerns over letting market conditions and the high vacancy rates, especially in the office markets.

- The five-year return outlook for prime property in the Benelux has improved further over the last six months, mainly as a result of (i) passed re-pricing, (ii) more scope for inward yield shift in 2010 and (iii) slightly more optimistic rental growth prospects towards the end of the five-year forecast period.
- Improving economic prospects, lower interest rates, recovering stock markets, coupled with softening spreads on corporate bond markets, will help to moderate the yield profile going forward, particularly in the next 12 months. However, evidence from the UK shows that this window of opportunity can be rather short-lived.
- Short-term economic prospects have improved further since mid-year 2009, which will give some support to rental growth over time, especially for prime property. Prime office rental growth is likely to pick-up first, followed by the retail sector. Prime rental growth in the logistics sector tends to be flat throughout the entire property cycle. The near collapse in development activity will provide further support to rental growth, especially from next year.
- Despite the weak consumer spending climate, retail rental growth prospects have remained highest, followed by the office and industrial sector. The retail sector in the Benelux area benefits from supply constraints, particularly in Belgium and Luxembourg.
- Average office rental growth will stay low for some time. The office sector will continue struggling from over capacity and intensifying letting competition between assets, especially on secondary locations. Competition is also intensified by growing demand for sustainable housing solutions, both in the corporate and public sector.
- The five-year rolling total return forecasts in the Benelux range between 6.4% and almost 9%. Return forecasts are highest for property markets in Luxembourg, especially for offices and retail, due to supply constraints and liquidity premium. Belgian shopping centre performance will be underpinned by low provision. Dutch returns are generally a bit lower, but Dutch markets also offer better investment liquidity.