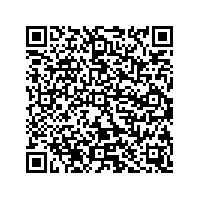 Thus patent protection for resminostat is complete in all key global markets including China, Europe, India, Japan, Russia, South Korea, and the USA

(lifePR) ( Planegg-Martinsried, 08.01.13 )
4SC AG (Frankfurt, Prime Standard: VSC), a discovery and development company of targeted small molecule drugs for autoimmune diseases and cancer, today announced that the company has significantly enhanced the patent protection for its lead anti-cancer compound resminostat. The European Patent Office has published a so called Notice of Intention to Grant pursuant to Rule 71(3) EPC (European Patent Convention) regarding the composition-of-matter patent for resminostat. Thus the grant of this key patent for the whole European market is now imminent. The patent, having a broad extent of protection, covers the composition of matter of resminostat, pharmaceutical compositions comprising resminostat, and its therapeutic use in cancer and other therapeutic areas in the contracting and extension states of the EPC.

Thus patent protection for resminostat is complete in all key global markets, with composition-of-matter patents either having being granted already or with patent grant being imminent in China, Europe, India, Japan, Russia, South Korea, and the US.

Dr. Ulrich Dauer, Chief Executive Officer of 4SC AG, commented: 'We are very pleased to obtain this key patent for our lead anti-cancer compound resminostat in our home and core market Europe. This bolsters our competitive position in this large and highly developed pharmaceutical market, which is commercially very important for the development of resminostat in the indication of liver cancer (HCC) and potentially many other tumour indications. After we have published excellent overall survival data from a Phase II trial in patients with advanced HCC in autumn 2012, we are currently in talks with potential partners and regulatory agencies to prepare a global registration trial with resminostat in this indication. We believe that the European composition-of-matter patent, which completes patent protection for resminostat on a worldwide scale, will serve to further advance the successful progress of these talks with potential partners.'

Resminostat (4SC-201), 4SC's lead oncology compound, is an oral pan-histone-deacetylase (HDAC) inhibitor with an innovative epigenetic mechanism of action that potentially enables the compound to be deployed as a novel, targeted tumour therapy for a broad spectrum of oncological indications, both as a monotherapy and, in particular, in combination with other cancer drugs. HDAC inhibitors have been shown to modify the DNA structure of tumour cells to cause their differentiation and programmed cell death (apoptosis) and are therefore considered to offer a mechanism of action that has the particular potential to halt tumour progression and induce tumour regression. Additionally, resminostat is also assumed to induce what is known as tumour cell (re-)sensitisation to other anti-cancer compounds. This process can suppress or reverse certain tolerance and resistance mechanisms which tumour cells often develop against other cancer drugs. Supplementary treatment with resminostat can be expected to restore or significantly improve the efficacy of a previously administered cancer therapy which was no longer effective; furthermore, combining resminostat and common cancer drugs right from the very beginning can also be expected to effectively enhance the success of such a treatment.

Resminostat is currently being investigated in a broad clinical Phase II programme in the three indications liver cancer (hepatocellular carcinoma, HCC), Hodgkin's Lymphoma (HL), and colorectal cancer (CRC). In the Phase II SAPHIRE trial in patients with advanced Hodgkin's Lymphoma, resminostat in monotherapy has demonstrated substantial anti-tumour activity, with an overall response rate of 35.3% and a clinical benefit in 55.9% of the patients in a heavily pre-treated patient population together with very good safety and tolerability. In the Phase I/II SHORE study, which evaluates resminostat in combination with the chemotherapeutic FOLFIRI regimen as a second-line treatment of KRAS-mutant CRC patients, positive interim results for safety and tolerability were published in December 2012. Furthermore, in the Phase II SHELTER study resminostat is being evaluated as monotherapy and in combination with sorafenib as a second-line treatment in advanced HCC after proven radiological disease progression under first-line sorafenib therapy. Patients receiving the resminostat/sorafenib combination therapy showed a median overall survival of 8.0 months (as reported at the annual meeting of the International Liver Cancer Association (ILCA) on 16 September 2012). As presented at the ASCO annual meeting on 4 June 2012, the resminostat/sorafenib combination therapy had shown a progression-free survival rate (PFSR) after 12 weeks of 70.0% and a median PFS of 4.7 months. The primary study endpoint has been achieved ahead of schedule in both the combination and the monotherapy group.

4SC is currently in discussions with regulatory agencies and potential partners in order to prepare a pivotal clinical study programme for resminostat in combination with sorafenib as a second-line treatment for patients with advanced HCC who show tumour progression on first-line treatment with sorafenib.

The Group managed by 4SC AG (ISIN DE0005753818) discovers and develops targeted, small-molecule drugs for treating diseases with high unmet medical needs in various autoimmune and cancer indications. These drugs are intended to provide innovative treatment options that are more tolerable and efficacious than existing therapies, and provide a better quality of life. The Company's balanced pipeline comprises promising products that are in various stages of clinical development. 4SC's aim is to generate future growth and enhance its enterprise value by entering into partnerships with leading pharmaceutical companies. Founded in 1997, 4SC had 90 employees at 30 September 2012. 4SC AG has been listed on the Prime Standard of the Frankfurt Stock Exchange since December 2005.